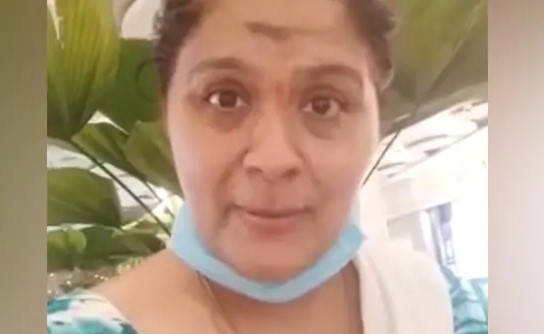 Sudhaa Chandran has acted in TV shows such as Kaahin Kissii Roz and all seasons of Naagin.

The Central Industrial Security Force (CISF) on Friday apologised to acclaimed dancer Sudhaa Chandran after she put out a video statement saying she felt humiliated every time she was asked to remove her artificial limb during airport security checks.

Chandran had lost a leg in a road accident near Tiruchirapalli, Tamil Nadu, in 1981 and has since then used a prosthetic limb.

“We are extremely sorry for the inconvenience caused to Ms Sudhaa Chandran. As per protocol, prosthetics are to be removed for security checks only under exceptional circumstances. We will examine why the lady personnel concerned requested Ms Sudhaa Chandran to remove the prosthetics. We assure Ms Sudhaa Chandran that all our personnel will be sensitised again on the protocols so that no inconvenience is caused to travelling passengers,” tweeted the CISF, which has been given the responsibility to frisk passengers and their luggage at 64 civil airports of India.

In her statement on Instagram, Chandran, 56, an accomplished Bharatnatyam dancer, said it was very “disheartening and humiliating” for her when she was asked by a lady personnel of the CISF to remove her prosthetic limb. The incident is said to have taken place at the Mumbai airport on Thursday.

Chandran, who has acted in TV shows such as Kaahin Kissii Roz and all seasons of Naagin, also made a “humble appeal” to Prime Minister Narendra Modi to make provision for a certificate or card that can be displayed by specially-abled people at airports and other public places for easy security checks.

She said she had “danced with an artificial limb and created history and made the country very proud. But every time I go on my professional visits, each time I am stopped at the airport and when I request security, to CISF officers, that please do an ETD (explosive trace detector) test for my artificial limb, they still want me to remove my artificial limb and show it to them”.

“Is it humanly possible Modiji? Is this what our country is talking about? Is this the respect that a woman gives to another woman in our society?” she asks in the video, writing with it that “totally hurt… each time going through this grill is very very hurting….hope my message reaches the state and central government authorities….and expecting a prompt action”.