Recent news that former Reserve Bank of India (RBI) governor Raghuram Rajan is one of the top contenders for the Bank of England (BoE) chief caught the attention of top economists, RBI officials and general citizens alike. Pundits in the world of business, finance and economics are closely following the developments to see if Rajan, ranked second in the most-likely nominees to take over from 54-year-old Mark Carney according to a Bloomberg survey, will get the position. 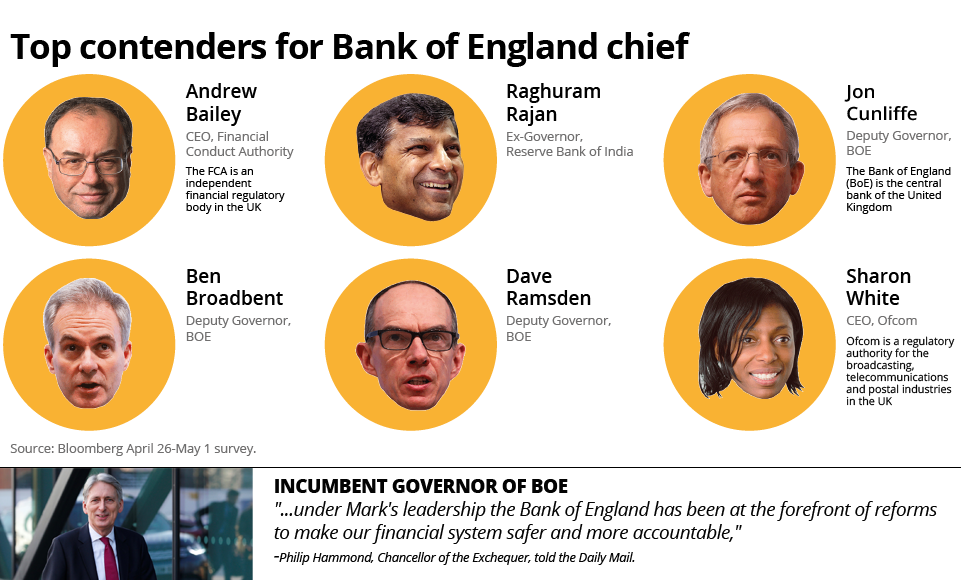 These speculations started pouring in a month ago, when the UK Chancellor of the Exchequer Philip Hammond started his ‘head hunt’ for a successor to Carney, who is scheduled to leave at the end of January 2020. Since the Chancellor stressed on the need for a governor with international stature and the current governor is Canadian, economists rated Rajan as a prime contender.

The 56-year-old Indian, who wears several hats including that of an academician and an economist, has strong foresight to have been able to predict the US economic crisis of 2008 beforehand. Often respected for his straightforward and practical approach, he helped his home country India battle inflation, which plagued the nation when he assumed the role of governor in 2013.