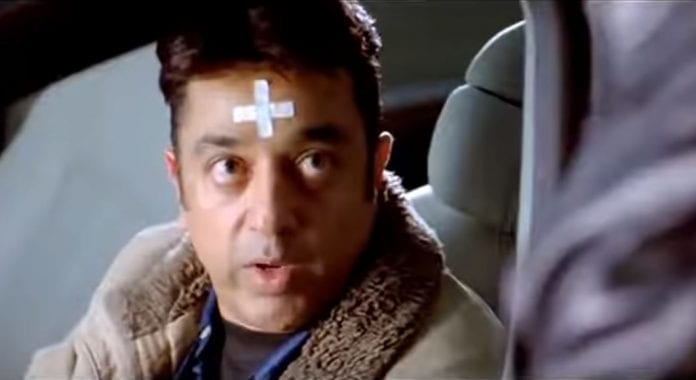 MNM chief, Kamal Haasan wrote in the letter lambasting his former vice-president Mahendran that he had not only faced opponents but also betrayers. And, Mahendran was on top of the list of betrayers

After facing a rout in the recently concluded Tamil Nadu Assembly election, Makkal Needhi Maiam (MNM), the party fronted by actor Kamal Haasan seems to be undergoing a major churn. Key party functionaries are resigning on an acrimonious note and the blame-game for the poll debacle within the party is on in full swing.

Despite high expectations pinned on the actor who wanted to offer an honest and better alternative to the two main Dravidian parties, the MNM failed to get even one seat in the election. Worse, their vote share fell from 3.7 per cent in the 2019 Lok Sabha polls to 2.5 per cent in this 2021 Assembly elections. The actor too lost by a slender margin of 1,728 votes in the Coimbatore south constituency.

In a recent development, signalling all is not well in this three-year-old political party, MNM’s vice-president R Mahendran resigned. He quit the party but not before blaming a few of his advisors, particularly, the party’s poll management company, Sankhya Solutions for the election debacle.

In a letter addressed to Kamal Haasan, Mahendran claimed there is no democracy in the party and that the party was being converted into a fan club by Sankhya Solutions. “Many worked hard with the hope that this will change after polls. So I stayed with him (Haasan) but felt that in the last month or so there was no change in his approach,” Mahendran said.

The actor has not taken this lying down. In turn, MNM president Haasan penned a letter to “Uyire, Urave and Thamizhe” (Life, relations and Tamils), which he tweeted, hitting out at Mahendran calling him a “betrayer”. Haasan, already reeling under the party’s poor show at the polls said that he not only faced opponents but also betrayers. The party had been unanimously rooting for ousting betrayers and Mahendran was on top of that list.

People who were “dishonest and untalented” can leave the party, he wrote. And added, “He (Mahendran) tries to cover up for his dishonesty, acumen and his failure by blaming others and tries to earn sympathy. I am happy that a weed removed itself”. The late President Abdul Kalam’s scientific advisor, V Ponraj has been appointed as MNM’s new vice-president.

Ponraj told Indian Express that Haasan had met each of the senior party functionaries to discuss the reasons behind the failure in the elections. He had asked for the resignations of those who did not fulfil their responsibilities during the elections. Hassan also called for a major revamp of the party.

Ponraj said that he had joined the party for Kamal Haasan. …”we all like him and we had a passion for politics and we want to bring a change. He told us what mistakes we made and said he owned up the complete responsibility for the party’s performance,” said Ponraj, adding that MNM is here for the long haul and it would take seven years for any party to get a firm footing.

However, like Mahendran, most of the senior party members were ostensibly unhappy over the interference of Sankhya Solutions. They alleged that they interfered in the day to day affairs of the party, and crossed the line instructing party members what to do. Meanwhile, actor lyricist Snehan who had been with the party since its inception felt that MNM would have performed better if the party had contested on its own.

MNM in fact gave a major chunk of its seats to its allies – 40 seats to Indhiya Jananayaga Katchi, and 33 to All India Samathuva Makkal Katchi. However, Snehan also said that they had to do this due to financial pressure but that was clearly a mistake in retrospect.

According to Snehan, the party had to introspect now and some of the old Narpani Mandram members who had worked hard for the party had to be inducted. Haasan has now ensured that all the activities in the zone/district levels will come under his direct supervision, he said. Snehan also felt that Mahendran had worked against the party’s interests. And, instead of discussing what went wrong, and correct the course of the party, he was the first person to jump the ship.