Home From the states 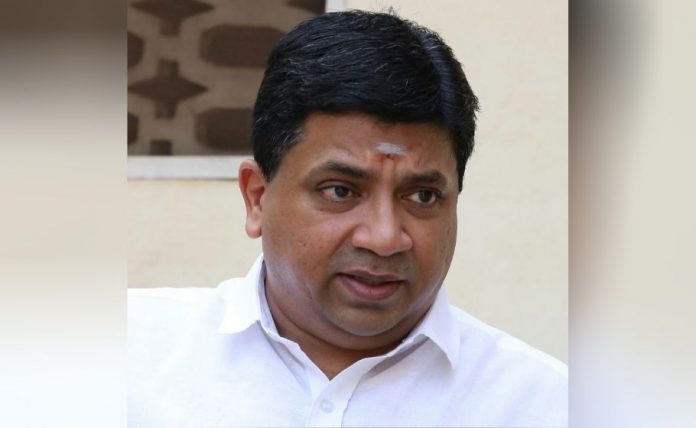 At the 43rd GST Council meeting on Saturday, there was an altercation between PTR and Goa Transport Minister Mauvin Godinho, as the former allegedly sought preferential treatment for bigger states. PTR supposedly wanted bigger states to have a greater say on GST related issues.

Union Finance Minister Nirmala Sitharaman, who chaired the meeting, is reported to have vetoed PTR’s suggestion.

Godinho demanded an apology from PTR for insulting small states, and acting in defiance against the spirit of the Constitution.  “We all have equal rights. His attitude should be condemned by one and all right-thinking people. He should not target Goa,” the Goa minister reportedly told a press conference on Saturday. He also tweeted (non-verified account) to this effect.

I was witness to a highly objectionable behaviour of the representative of DMK-@INCIndia alliance Govt of Tamil Nadu in GST Council Meet where, attempt was made to snub Goa’s view because of being a Small State. This is against the democratic principles & Goans demand an apology.

However, on Sunday, PTR refuted Godinho’s charges. He issued a statement to the people of Goa in a bid to ‘set the record straight’.

He said that whatever he said at the GST meeting was based on his party DMK’s long-standing stance on GST — that its ‘one state, one vote’ norm is unfair, and that the local self-governance model advocated by the Dravidian movement is key to self-respect and self-determination.

As a relatively new entrant to public life, I hope I will one day attain the dignified restraint shown by @DrAmitMitra, @MSBADAL, and many other Hon’ble Ministers of the GST Council in the face of provocation

But today….I can not let blatant lies and hypocrisy go unanswered pic.twitter.com/WurmjUejgQ

“Even when the principle resulted in the loss of potential future revenue to Tamil Nadu, we backed states that voted for this exception, including Uttar Pradesh, Arunachal Pradesh and ironically, Goa,” said PTR. He was referring to extra neutral alcohol (ENA), whose inclusion into GST and away from state taxation would have yielded revenue to Tamil Nadu, which is a net importer. It would have been at the cost of states such as Uttar Pradesh and Goa, which are net exporters.

Also read: Record GST mop-up in April may be no indicator of economic health

“We also fully backed the rights of Sikkim to levy a special cess within its borders to raise funds for the COVID-19 fight, and by extension, the right of any state, big or small, to do so,” he further said.

Reacting to Godinho’s statement, PTR said: “(I don’t know) whether he is limited in comprehension, in honesty, or both. But I am sure you are aware of his history and have drawn your own conclusions before this incident…If doubt lingers, I add that he was vociferously, and repeatedly, against lowering the GST on COVID-related drugs and vaccines from 5% to 0% on humanitarian grounds.”

Further, said PTR, he did not have to apologise to the people of Goa, as he had lobbied for their rights in strong terms. “I have done you no harm. In fact, I have strongly advocated for your state government’s rights. I do not require or expect any thanks for that, as my position was dictated by my principles of strengthening States’ Rights and Federalism with enhanced devolution,” he wrote.

Meanwhile, PTR also shared on Twitter, with a string of laughing emojis, a newspaper report where Sitharaman had been referred to as ‘Tamil Nadu Finance Minister’.