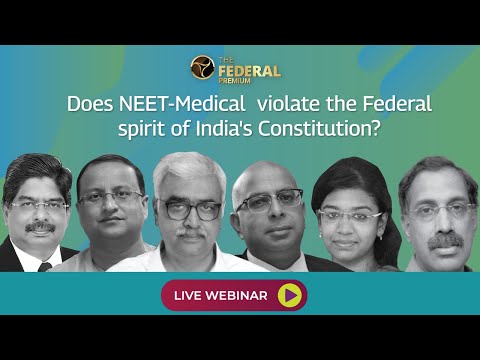 “It violates Article 14 of the Constitution,” Wilson said, taking part in the discussion. Article 14 says that the State “shall not deny to any person equality before the law or the equal protection of the laws within the territory of India”.

“Rich or poor, affluent or otherwise. The very point of the Constitution was that it provided a level-playing field. Children in government schools, non-CBSE schools find it difficult to clear NEET,” he said.

NEET provides a barrier that only children from certain social strata can clear, he said. “It breeds inequality. Only the affluent can clear this criterion.”

State governments’ efforts to dump the NEET system for admission to undergraduate medical colleges make for unsound policy, all experts at the round-table said. 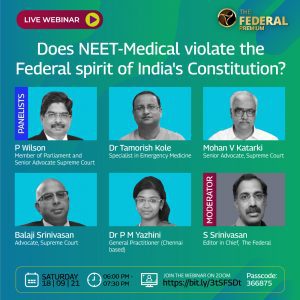 Tamil Nadu recently adopted a bill restoring the system of admission on the basis of Class XII marks — an electoral promise of the DMK government — which now awaits the president’s approval.

The state has pointed to the data gathered by a nine-member government committee as the rationale for such legislation. The panel said that the proportion of students from rural areas, economically weaker backgrounds, Tamil-medium schools, and state board schools has decreased significantly in state medical colleges since it moved to NEET in 2017-18.

Switching back to the older system, which the state claims has served its robust public health system well, will correct the skew in favour of the privileged, the government said.

“Tamil Nadu is a progressive state and they have raised this issue prominently. It is a unique state, it wants to create a medical college in every district. From the bottom to top,” Wilsons said.