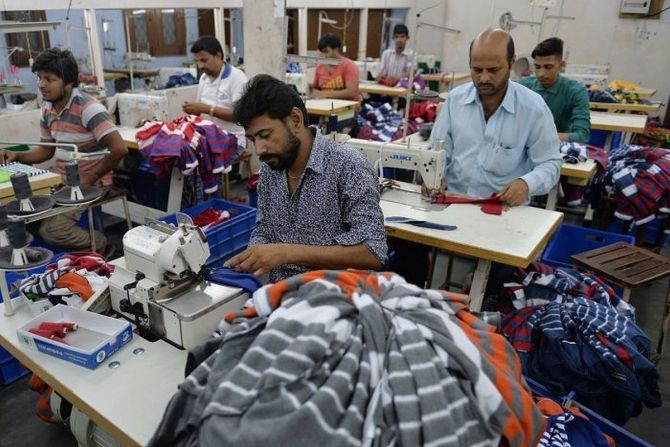 Just as the global demand for garment exports was picking up as the pandemic receded, the units were once again severely crippled by skyrocketing yarn prices early this year. After which, the Russia-Ukraine war affects started to be felt. Representative image

Tamil Nadu’s Tirupur garment exporting unit hub has weathered many significant challenges in the past, ranging from the 2008 economic crisis to a 2011 Madras high court ruling against its effluent discharging plants to demonetisation, GST and the COVID-19 pandemic.

But, just as the global demand for garment exports was picking up as the pandemic receded, the units were once again severely crippled by skyrocketing yarn prices. The price of yarn, which was around ₹220 per kg (30s count), jumped to ₹440 per kg in April and May this year. Unable to manufacture garments with these spiralling prices of yarn, a key raw material in garment manufacturing, these Tirupur units, which are 90 per cent MSMEs (micro, small and medium enterprises), were unable to negotiate better prices with foreign buyers and began to reduce production and buy yarn from mills.

Despite these problems, the Tirupur units contributed around 54.2 per cent of the country’s textile exports last financial year. The garments cluster generated exports to the tune of ₹33,525 crore ($4.51 billion) in FY22.

Now, the Russia-Ukraine war and the economic slowdown in the US have plunged these MSMEs into a liquidity crisis.

According to a letter written by Tamil Nadu Chief Minister MK Stalin to Prime Minister Narendra Modi, orders for the summer season have declined by around 40 per cent as compared to last year. Pointing out that Tirupur garment exporting units and their supplier MSMEs are staring at a financial crisis, Stalin said he understood that the “month-on-month growth rate in readymade garment exports is showing a sharp decline”.

Tirupur is one of India’s largest knitwear exporting clusters that caters to US, UK and European markets, and MSMEs constitute 95 per cent of the exporting units in this cluster, he pointed out. “It is reported that orders for the summer season have now declined by around 40 per cent compared to last year,” the CM said in his letter.

While some units have even shut down for short periods, the majority are working for just four or five days in a week. Earlier, the regular shifts used to be eight hours but now it is tough to run even one shift as there is not much demand, Raja M Shanmugam, president of the Tirupur Exporters’ Association (TEA), told the media.

Further, he said that earlier despite higher prices, there was an increase in demand during the first five months. “Now, we are seeing a higher decline in orders for the coming months. We expect a 30-40 per cent fall in total exports for the year due to the ongoing global scenario,” he asserted.

The reduction in purchasing power of the people in foreign and domestic markets has played a huge role in stalling production. Reports quoted exporters as saying that the clothes already produced and exported have remained unsold due to poor demand.

According to Tirupur Exporters And Manufacturers Association (TEAMA) President Muthu Rathinam, competitors such as Bangladesh, Vietnam, Ethiopia and China benefited from high yarn prices in India and received orders in the ongoing season. The Indian exporters could not quote convenient prices.

Even the few big domestic garment manufacturing units such as Lux, Amul and Dixcy, which manufacture garments to the tune of ₹10,000 crores per year, have to contend with huge stocks of pre-made clothes, said news reports.

Even as the Tirupur knitwear exporting MSMEs were fighting off the double whammy of the COVID pandemic and cotton yarn price hike, the Russia-Ukraine War has worsened the situation in the EU, US and UK markets, said Shanmugham. This has led to a situation where the units have few booking orders and a lot of unsold stocks.

The prolonged war has hit demand from Europe, with most global retail clients with high inventory. And, the US economic slowdown is also causing trouble for advance orders. Out of Tirupur’s monthly revenue of ₹3,000 crore, the US contributes earning of ₹1,000 crore.

According to TEA, the US contributed around 40 per cent of exports from the region, while for Europe it was 35 per cent last year. Any supply disruption or demand dip in the EU and the UK may wipe out business of more than ₹1,200 crore per month, the exporters told reporters. Garment manufacturers in Tirupur admitted that knitwear sales have stagnated in the past as well affecting production and employment opportunities, but this time the situation is grave.

This self-started cluster located 500 km in the southwest of Chennai, generates an annual turnover of $4 billion and employs around 700,000 people. It manufactures and exports cotton and cotton-blend T-shirts, dresses, sweatshirts, pullovers and other knitted clothes, mainly to the US, Europe, Australia and Canada. It accounts for a fourth of the country’s total garment exports.

Stalin, in his letter to Modi, sought a special Emergency Credit Line Guarantee Scheme (ECLGS) for the MSMEs in the garment sector immediately, to help them tide over the current crisis.

In his letter, he listed multiple factors, including the economic impact of COVID-19, and the Russia-Ukraine war and the anticipated economic slowdown in the West, as the reasons for the crisis. The question remains whether the Tirupur MSMEs will again show resilience and be able to come out of this crisis like they have done in the past.