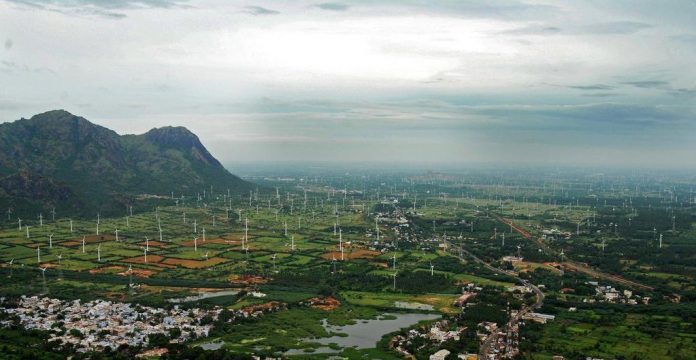 The wind season, which used to end around September 15 every year, is still continuing this year, and more than 80 million units of wind power are being sent to the Tamil Nadu grid every day. Sources said that as the southwest monsoon is yet to withdraw, the wind generation is still high in various parts of the state.

Similarly, with a large amount of rainfall in Nilgiris district, hydropower generation is around 16 million units. Thus, nearly 100 million units of the total 315 million units consumed came from wind and hydro alone. To this extent, Tamil Nadu’s pollution has declined, as coal was not burnt to generate power.

“We are evacuating not less than 80 million units of wind power daily, and it is useful during the evening time when the power demand peaks. Due to heavy rain in western districts like Coimbatore and Nilgiris, the hydropower in pretty old reservoirs is generating power round the clock,” said a senior TANGEDCO official.

Apart from wind and hydropower, TANGEDCO is also evacuating solar power with a total capacity of 4622MW.

“Around 17 million units of solar power are being evacuated daily. Solar power is available from 6am to 4pm, with the peak power generation around 2pm when the Sun is above our head,” said the official.

It is also learnt that TANGEDCO is also selling wind power to Uttarakhand at a tariff higher than what it purchases from wind power generators.

TANGEDCO, on its own also needs to fulfil RPO, and for the current financial year, the RPO has been fixed at 21 per cent and, out of this, 10.5 percent must be filled through purchase of solar power.

TANGEDCO has obtained a nod from the state power regulator to procure 440.64 MW of wind power for ₹2.91 per unit for 25 years, through a tender floated by the Solar Energy Corporation of India (SECI).