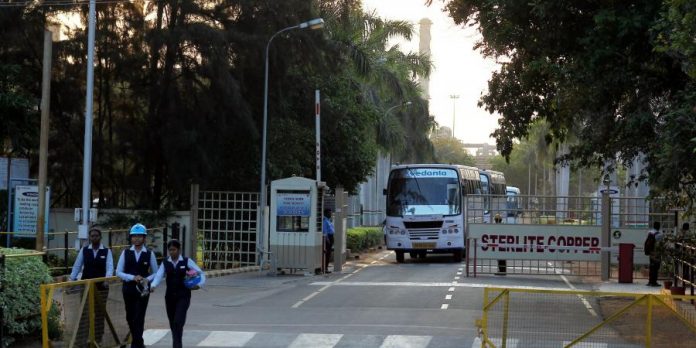 The Sterlite plant: The police firing in Thoothukkudi pertaining to the Sterlite protests in May 2018 had occurred during the tenure of Girish Vaidyanathan as chief secretary of the state

When Tamil Nadu is battling to convince the Centre not to divert oxygen to other states and the state health department is racing to maintain oxygen availability, the recent appointment of the former chief secretary of the state, Girija Vaidyanathan, as expert member of the National Green Tribunal, has come under the radar once again.

This clamour over her appointment comes in the backdrop of the Vedanta-owned Sterlite copper smelting plant being given the green signal to produce and supply critical oxygen for the state. The plant had been shut down by the Tamil Nadu Pollution Control Board in 2018 citing environment violations. The activists feared that Vaidyanathan’s appointment as an expert member in the southern bench of National Green Tribunal, would result in the plant continuing to breach environmental norms and regulations.

On December 12, 2020, the Cabinet’s Appointments Committee approved the choice of Vaidyanathan as an expert member. On December 22, opposing her appointment, Poovulagin Nanbargal, a Chennai-based environmental organisation moved a petition in the Madras High Court claiming that she is not eligible to take up the post.

According to Section 5 (2) (b) of the National Green Tribunal Act, 2018, a person shall not be qualified for appointment as an expert member, unless he or she has administrative experience of fifteen years, including experience of five years in dealing with environmental matters in the Central or a state government or in a reputed national or state level institution,” said G Sundarrajan, a member of Poovulagin Nanbargal, who had filed the petition. Vaidyanathan has only three and half years experience in dealing with environmental matters, he added.

In between, on April 5, 2021, the Union Ministry of Environment, had sent out an order clearing her appointment. Hearing the organisation’s petition on April 16, the court however withheld her appointment and expressed its dissatisfaction over the appointment of a former bureaucrat as an expert member. But, on the very next day, the court gave a nod to her appointment stating that she has the required experience.

Sundarrajan said that equating ‘administrative experience with expert experience’ is not going to help to protect the environment. “Now, she will create history when she takes charge. She will be the first person to preside over her own orders that were promulgated by her as chief secretary. There will be conflict of interest in many cases,” he added.

Also read: TN parties agree on opening Sterlite plant for oxygen, differ over who runs it

Instead of giving a green light to Sterlite, the governments should allow public sector units like BHEL and other thermal power plants to produce the vital oxygen, suggested Michael.

Fathima Babu, a co-ordinator of People’s Movement Against Sterlite said, “Earlier, Vaidyanathan had held posts in the state pollution control board. Even then her actions were anti-people. Similarly, advocate Harish Salve, who is appearing for Vedanta in the Sterlite case has been now appointed as Amicus Curiae by Supreme Court to assist them on COVID-19 matters in the country.”

Though, Salve recuses himself from being Amicus Curiae, this chain of events raises doubts among the people of Tamil Nadu over the entire Sterlite issue.