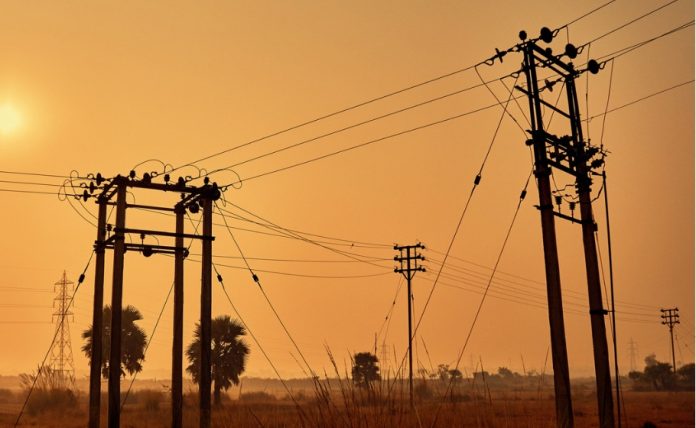 According to a Comptroller and Auditor General report that was tabled in the TN Assembly on June 14, 2021, the state’s power sector companies are incurring a loss of ₹13,000 crore.

It appears that the Tamil Nadu Generation and Distribution Corporation (TANGEDCO) is reluctant to arrest the losses it is incurring due to substantial penalties for environmental violations.

According to a Comptroller and Auditor General (CAG) report that was tabled in the Assembly on June 14, 2021, the state’s power sector companies are incurring a loss of ₹13,000 crore. It is worth noting that most of these losses were incurred due to violation of environmental guidelines, such as using poor quality coal, and non-removal and non-utilisation of fly ash.

The report further said the continued dumping of ash on land has resulted in contamination of groundwater, and the Buckingham Canal and River Kosasthalaiyar. A power station in north Chennai was responsible for the contamination of water resources, the CAG report said.

A committee appointed by the Tamil Nadu Pollution Control Board (TNPCB) in 2019 to study these violations had evaluated the environmental compensation at ₹16.46 crore, to be levied on North Chennai Thermal Power Station (NCTPS) for the period between November 2004 and November 2019. The amount, levied on account of the damage caused to the environment, was not paid as of June 2020, according to the report.

When the company is pushed to pay compensation for the violations, it adds to its losses. To examine the point, let’s take a particular case.

The NCTPS has two power stations. According to the CAG report, the thermal plants in north Chennai have utilised only 4.4 MMT out of the 8.78 MMT (50%) of fly ash produced in the five years between 2014-15 and 2018-19. The balance quantity of fly ash (4.38 MMT), together with the quantum of unlifted bottom ash and wet ash, was transported to the ash dyke, an artificial pond-like structure where ash is stored.

The TNPCB, based on its study, has directed the NCTPS to furnish a time-bound action plan and mechanism to be adopted to address the issue of disposal of ash.

Meanwhile, to tackle the current pollution control issues, it has suggested some measures, of which one is to “replace the existing ash slurry pipelines for the length of 20.52 km”. These pipelines were laid in 1995-96 and most of them are now rusted and worn out.

TANGEDCO has no time bound action plan for the removal of fly ash deposited on land, and it is reluctant to replace the existing slurry pipeline, allege activists.

“In north Chennai, the air pollution and the non-disposal of fly ash are the two major problems faced by the people,” said environmental activist Nityanand Jayaraman. “While the existing leaky slurry pipeline is still not replaced, TANGEDCO has started constructing a new bridge to carry coal ash slurry pipelines from NCTPS Stage III to an ash dyke in Seppakkam village in north Chennai.”

The construction work was started in July 2020. Within couple of weeks, the village was flooded with fly ash slurry, which reiterated the importance of replacing the older pipelines.

“The officials must replace the older pipelines first. If not, even as the new construction is going on, they need to keep fixing the leaks, which will double the spending,” said Jayaraman.

TANGEDCO has an ash pond in North Chennai spreading over nearly 1,000 acres. In the last two decades, every now and then, the Madras High Court and the National Green Tribunal have alternately issued orders, demanding that the power plants fall in line with the environmental guidelines.

The rhetoric reply from TANGEDCO is that it has spent crores of rupees in the disposal of the ash. Yet there’s ash lying around, polluting the water resources.

RL Srinivasan, a fisherman from north Chennai, alleged that the prawns fished in the area have turned grey — the fishermen have started calling it sambal eral (ash prawns).

“This is because of constant dumping of fly ash here. The pollution by TANGEDCO has gone to an extent where it has disrupted the food chain in the marine ecosystem,” he said.

Endless cases have been filed, numerous orders issued by the courts, and huge penalties levied, but nothing concrete has happened. Unless there is a complaint, TNPCB officials do not carry out an independent inspection of these companies, Srinivasan claimed.

In order to gauge the ground reality, a three-member citizen panel comprising water expert Prof S Janakarajan, singer and activist TM Krishna and G Sundarrajan of environmental organisation Poovulagin Nanbargal (Friends of Earth) examined the issue. It cautioned the government that TANGEDCO’s exposure to liabilities arising from its reckless violation of laws in Ennore will place a substantial burden on the exchequer.

“We are appealing to the Hon’ble Chief Justice because TANGEDCO has functioned as if it is above the law all these years, and its pollution in Ennore has hurt the poor — including women fishers who hand-pick prawns from the river — the worst. They need to be compensated for lost livelihoods and health,” the panellists said.

A day after the panel’s visit, state Electricity Minister V Senthil Balaji also visited the site where the environmental activists allege violations by TANGEDCO. But he remained silent on the violations.

When The Federal has contacted TANGEDCO officials, they emphasised that everything is carried out per procedure, and that no law has been violated.