The month of May could turn out to be the worst for Tamil Nadu in terms of COVID deaths so far.

A data analysis since April last year shows that August 2020 has recorded the maximum deaths due to the pandemic with 3,387 casualties. However in May this year, with half a month left to go, 2,425 have succumbed to the infection till May 12.

Each day more than 200 people have died in Tamil Nadu in the past one week. So far the highest number of deaths on a day was reported on May 11 (298) followed by May 12 (293 deaths). Just to give an idea of how bad the situation is today, 173 people had died in Tamil Nadu in May last year, against 2,425 deaths this May this year. 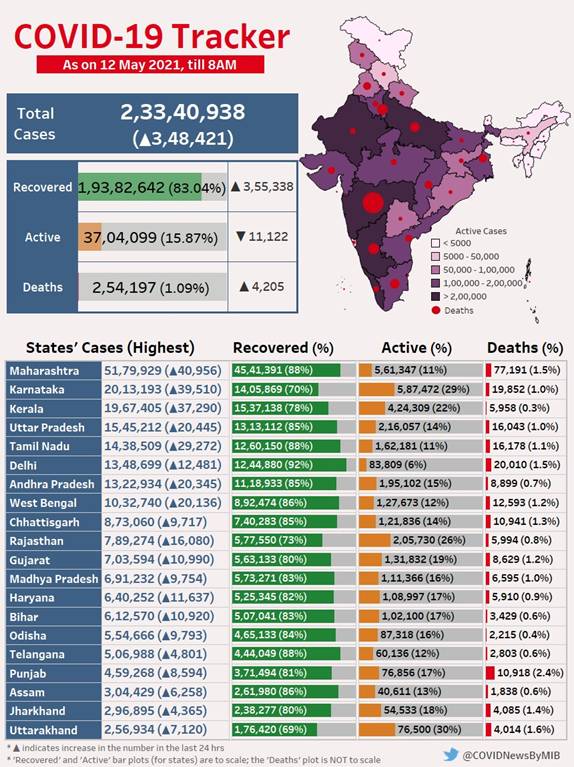 Crematoriums and ambulances in cities are under extreme pressure due to increasing number of deaths due to COVID, combined with deaths caused by other factors. At several crematoriums, relatives have to wait to either bury or cremate their loved ones.

May 2021 has clearly been the worst Tamil Nadu has faced ever since the pandemic began last year. The situation had started worsening in the middle of the election season with April this year reporting 1,327 deaths. But the period between January and March was comparatively peaceful with not more than 250 deaths per month.

As cases surge each day, the state of Tamil Nadu is adding more new cases than those recovering. In fact, the new caseload per day is right now double the recovery rate, which is putting immense pressure on frontline workers as well as hospitals.

Since May 9, not less than 10,000 fresh active cases were added each day. Out of the 10,000 even if 10% patients require beds, it means extreme load on the limited infrastructure of hospitals — private and government.