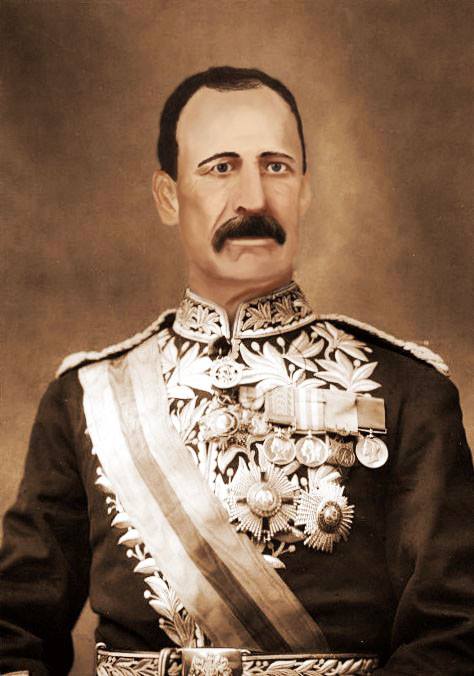 Col John Pennycuick: A hot debate has broken out on social media meanwhile on whether John Pennycuick had indeed spent his own money to construct the Mullaperiyar dam

The DMK government’s decision to build a large memorial library in honour of party patriarch M Karunanidhi at the public works department (PWD) campus in Madurai district is being strongly opposed by the AIADMK.

The reason being that in the process the government will have to demolish a building quarters reportedly the residence of Col John Pennycuick, the famed British engineer, who had constructed the Mullaperiyar dam. Pennycuick is viewed as a demi-god in the area.

The Chief Minister MK Stalin made an announcement on his late father’s birthday on June 3 that a library will be constructed in Madurai, on the lines of the reputed Anna Centenary Library in Chennai. After considering seven places in the district, the public works department officials finally zeroed in on the PWD quarters.

However, AIADMK leaders, O Pannneerselvam, party coordinator and Edappadi K Palaniswami, co-coordinator, released a joint statement protesting against the move. They said that Karunanidhi too believed that Pennycuick had lived in that building and he had even unveiled a statue of the engineer in the campus in 2000.

They stressed that Pennycuick had lived in one of the buildings inside the PWD campus during the construction of the dam. And, they claimed the locals in the region believed that a coat stand used by the engineer still existed inside the building and a culvert inside had ‘Periyar House’ written in English on it.

However, the district administration countered these claims citing evidence in old documents. Pennycuick lived between 1841 and 1911, while the building which is in question now was built in 1913, said Madurai Collector S Aneesh Sekhar.

The officials pointed out that there is no evidence to prove that Pennycuick stayed in the PWD building. In fact, the buildings in which he lived are still preserved and they are located in other places such as Thekkady and Kodaikkanal, they said.

Magesh, a Madurai resident said that the AIADMK’s claim is a “blatant lie”.

“The library to be set up here will not only cater to the needs of the Madurai people. It is going to be a library for entire southern Tamil Nadu. For such a library, the government needs lot of space within the city. So, they selected the PWD campus,” he pointed out.

Meanwhile, the claims made by OPS and EPS are being hotly debated on social media. They have claimed that Pennycuick had spent his own money to construct the dam. While others have opposed this stating that this is a false claim based on the writings of Pennycuick himself and other historians like AT Mackenzie and A Mohanakrishnan.

KM Abbas, president, Five District Irrigation Farmers Association, who has extensively done research on Pennycuick said that the Britisher had indeed sold his assets and returned to Tamil Nadu to complete the project. “He literally begged the people here to donate money to construct the dam,” added Abbas.

According to Abbas, in 1908, a poet named Hanumanthampatti Anthony Muthu Kavirayar referred to Palaniappa Chettiar, the village head of Palani Chettipatti donating money to Pennycuick, in his poems.

“It was also recorded by the engineer himself in his diary. The silver plate on which Chettiar placed the money and gave it to Pennycuick is still preserved by the engineer’s grandson in London,” pointed out Abbas.

The dam construction failed twice due to sudden floods. The then British government didn’t give the money to Pennycuick on the grounds that he had misused the money and suspended him. It was after Pennycuick’s contractor, Angur Rawther intervened the latter was reinstated. When the British government failed to give him the money the third time around, Pennycuick sold all his assets and returned here to complete the project.

It was at that time he uttered these famous words: “I am going to be only once in this earthly world, hence I need to do some good deeds here. This deed should not be prorogue nor ignored since I am not going to be here again”.

Abbas added that it is disrespectful to expect that he should have written about spending the money from his own pocket.

Though, Pennycuick did not live in the building on the PWD campus in Madurai, people here still consider him as God, said Valavan, member of Pennycuick Youth Organisation in Theni district. “If anything disrespectful happens to Pennycuick’s statue or his deeds, it will anger the people here,” he warned.

BJP’s poll planks to be development ...

NGT calls for study on Mussoorie in light of ...