When it comes to electricity, Tamil Nadu has one major reason to pat itself on its back. It is because the state provides free electricity to farmers who have pump sets.

It was the first state in the country to come up with such a scheme. The scheme was introduced during the DMK’s regime in 1990. However, even earlier, the state was providing electricity at the lowest rate to the small and marginal farmers.

But these achievements have become old hat now and TN farmers are no longer happy about this largesse by the government.

The Cauvery farmers especially are unhappy. In reality, farmers are suffering due to periodic power failures. P R Pandian, general secretary, Tamil Nadu Cauvery Farmers Association told The Federal, “Take the Delta region for example. It has been two weeks after the Cauvery water has been released from Mettur. Due to intermittent power failures, the water has not reached many parts in the tail end of the region. Because of this, the farmers who are dependent on borewells have been largely affected.”

It’s not only the problem of power outages but farmers are constantly battling with difficulties in paying the electricity bills and dealing with an ineffective consumer cell, which seems to just exist on paper.

At this juncture, the Tamil short story ‘Current’ written by late Ki Rajanarayanan, may well sum up the situation of the farmers today. The story was published in a magazine named ‘Shanthi’ in April 1962.

The short story is centred around one such farmer, Ramasamy Naicker, the lead character in Rajanarayanan’s story. Before using pump sets, Naicker used to supply water to his four acres of farmland through an age-old practice called ‘kamalai iraiththal’, in which water taken from the well is supplied to the land with the help of bulls.

After DMK came to power in 1967, it had started distributing 1,000 free pump sets to the farmers and the scheme continued through the 70s and 80s. Earlier, only rich farmers could afford to buy their own pump sets. Meanwhile, in 1957, the TN government had set up the state electricity board (EB) and started providing power to the farmers.

Once Naicker in the short story starts using the pump set, his travails with the EB office begins since he has to pay his bill every month. How the board officials treat consumers like Naicker make up the plot of the short story, ‘Current’.

Due to this delay caused by the EB, Naicker misses the date of paying the bill and the power supply to his pump set is cut off by the officials.

Naicker then writes a petition pleading with the EB officials to supply power for one day temporarily at least. He takes the petition to the EB office and he is made to literally beg each and every official.

But Naicker receives no answer. Dispirited, as he returns home, he spots a transformer from where the power lines pass to his village. He is struck by an idea. “No. I am not going to do this,” he firmly tells himself and continues to stoically walk away to meet his fellow farmers. The story ends there.

The writer is trying to say that when Naicker sees the transformer, he would have liked to damage it to make the officials suffer. They would have to immediately replace it and also receive an earful from their seniors. 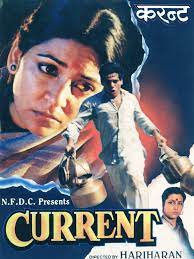 Instead, Naicker decides to form a farmers group and protest against the government.

The story drives home how the consumers, poor farmers are treated by EB officials. The story was received well at that time of its publication.

In 1991, it was made into a Bollywood film, with the same title as the short story. The actors who played the lead roles in film, ‘Current’, were Om Puri and Deepti Naval. It was directed by K Hariharan, who was part of the parallel cinema movement, with acclaimed films such as ‘Ezhavathu Manithan’ to his name. ‘Current’ was his debut Hindi film and was bankrolled by the National Film Development Corporation.

“The story is metaphorical. That was my first reaction when I read it because no one can say that electricity is a life and death problem,” said Hariharan to The Federal.

“But it worked in the short story due to its theme. It talks about how the state has a complete monopoly and control over power generation. And therefore leaving the common man powerless,” he added.

“There were two choices before the people. Either continue using fire or succumb to the state and use electricity. That’s how we became dependent on the government,” said Hariharan.

According to him, the short story was male-centric and he wanted to bring in a female element into the story while filming. He also shared his thought with the writer and took his permission.

Further, Hariharan pointed out that in the film, there was a female character named Radha, whose husband was a drunkard. But she carries herself with dignity. The people of her village, including the lead characters, are jealous of her since she always dresses well and there are rumours of her illicit affair with the manager of a beedi rolling factory, where she works. But in the end, she is the one who helps the protagonist to pay the electricity bills.

“I brought in the female character to pass on a message: first trust your own people and neighbours, before trusting your government,” he pointed out.

If one was to read the story or see the film ‘Current’ today, nothing much has changed even now, it seems. Even after 64 years of its existence, the Tamil Nadu Electricity Board (TNEB) always works with a profit motive in mind and makes hapless consumers run pillar to post.