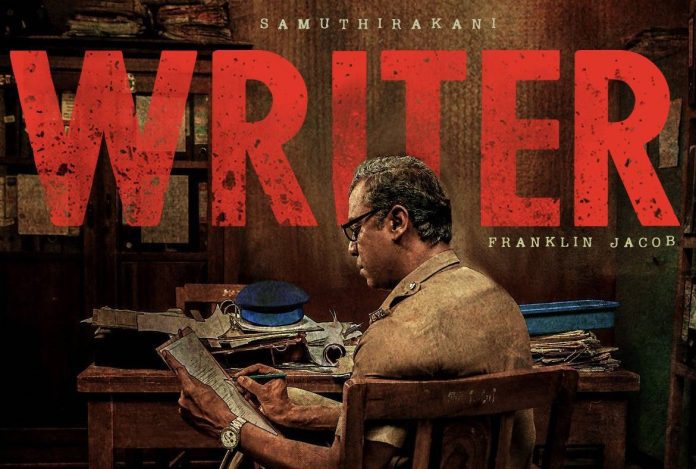 The director Franklin Jacob shared that he has dedicated the film 'Writer' to a sub-inspector, K Shivakumar at Chintadripet police station in Chennai, who had died in 2019.

On July 5, 2021, an RTI activist, A Ramakrishnan from Theni district, had filed a petition in the Madurai Bench of Madras High Court demanding that the Tamil Nadu government should constitute a special task force for the safety of RTI activists in the state.

His demand for seeking such a protection had good reasons. According to the data released by a Delhi-based NGO, Commonwealth Human Rights Initiative, there have been three murders, three assaults and 11 cases of threats and harassment of RTI activists since 2009 in Tamil Nadu (TN).

Interestingly, in a letter dated June 14, 2013, the Union ministry of home affairs had directed all the states to constitute a special task force to ensure the protection of the lives of RTI applicants. Hearing the petition, the Madurai Bench too on August 31, 2021 directed the DGP to consider the petitioner’s demand.

Close on the heels of this development, the TN government in November 2021 issued a GO on the matter of weekly offs for police personnel. The move came after various media reports had suggested the police personnel in the state were undergoing a lot of stress leading to suicides. According to one media report, on October 5, 2021, 28 police personnel had committed suicide.

Police suicides and protection of RTI activists are two major issues that are tackled in the recently released Tamil film ‘Writer’. Directed by debutant Franklin Jacob, the film features P Samuthirakani, actor and filmmaker, in the lead role. It was released in theatres on December 24, 2021 and is doing well both critically and commercially at the box office.

Thangaraj (played by Samuthirakani) is a policeman who is working as a writer at the Thiruverumbur police station in Trichy district. He is all set to retire in two months but due to his efforts to create a union for police personnel, he is transferred to Triplicane police station in Chennai.

On the orders of a deputy commissioner of police (Kavin Jay Babu), Thangaraj is pushed to write a fake crime scene that puts the life of Devakumar (Harikrishnan) at risk. He is a Dalit-Christian PhD scholar, who is researching on police suicides and has sought data from the police department on the alleged suicides of police personnel through RTI.

The rest of the film is about whether Thangaraj is able to save Devakumar’s life and if he is able to form a police union.

‘Eight hours of work is a basic right’

Talking to The Federal, the director Franklin Jacob shared that he has dedicated this film to a sub-inspector, K Shivakumar at Chintadripet police station in Chennai, who had died in 2019 after a sudden heart attack. He had also served as the state secretary of the Tamil Nadu Police Constabulary Union, which is not recognised as yet. Incidentally, Shivakumar had helped in the research for ‘Writer’.

“I attempted this film as a way to liberate police personnel from the clutches of slavery in a very rigid and feudal hierarchical police structure. Hope more police personnel see the film and they will understand my point,” said Jacob, who has been working on the story of this film since 2016. However, he is happy that the state is moving on improving the welfare of the police personnel in the state.

“It is good to hear that the present disposition has at least taken a small step towards the welfare of the police by providing them a holiday once in a week. But this is not enough. We need to bring more welfare measures to the police department,” he said, adding that the film advocates eight hours of work for police personnel and that is a basic right.

One of the actors of the film Kavitha Bharathy who played the role of inspector Perumal said this trend of making films like ‘Writer’ which makes the police department accountable will have a positive impact on the society.

“There are very few films in Tamil cinema which portray the true side of the police department. They are either shown as people who have heroic powers or they are portrayed as villains. But this film has shown the true picture of how the lower rung police personnel in the state are treated and ultimately suffer at the hands of senior officers,” he said.