Rajinikanth had on Sunday (November 17) said Palaniswami “would not even have dreamt” of becoming the chief minister and described the AIADMK leader’s elevation as “wonder and marvel,” which had drawn a sharp reaction from the ruling party.

Also read: To BJP or not: Rajinikanth’s dilemma over political stance

Incidentally, the remarks were made at an event to mark Haasan’s 60 years in the cinema industry. “It is not a criticism, but reality… truth,” Haasan said on Tuesday when asked about his film industry contemporary’s remarks.

Rajinikanth had said, “Two years ago, Honourable Edappadi (Palaniswami) would not have even dreamt of becoming Tamil Nadu Chief Minister…. marvel and wonder – it happened.”

The ruling AIADMK has reacted sharply to Rajinikanth, saying Palaniswami did not become chief minister by chance but made his way up through party ranks by sheer hard work.

To a question, Haasan said he would “travel together,” with Rajinikanth for Tamil Nadu’s welfare but gave no indications of the two aligning politically. 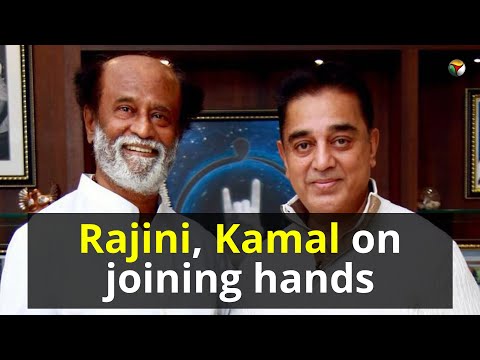 While Haasan is already heading his MNM, Rajinikanth has said he will launch his political party and face the next state assembly elections, due in 2021.

“There is nothing new in us joining hands as we have been united for the past 44 years,” Haasan said about Rajinikanth, apparently referring to their stint in the cinema industry.

On the election of Gotabaya Rajapaksa as Sri Lankan President, Haasan said, “If he wants to be a good leader, he has to give a just rule.” As an elected person, he should duly cater to all sections of the society, he added.