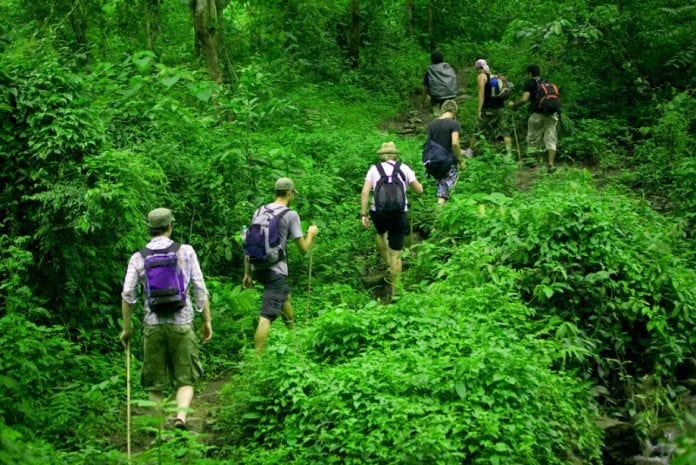 The trampling to death of a woman a trekker in Coimbatore by an elephant on Sunday (January 19) has once again raised questions on the safety of trekkers and the role of the Forest Department.

Bhuvaneshwari, 40, undertook the trek in a reserve forest in Periyanaickenpalayam, Coimbatore, along with her husband and friends.

They had parked their vehicle at the base of Palamalai Hills before proceeding on foot to Ranganathar temple. The group took a forest trail and not the designated trekking route.

Suddenly, they came face to face with a tusker and everyone ran in different directions. Bhuvaneshwari tried to take cover behind a bush but was spotted by the agitated elephant.

Forest officials told the media that the trekkers had not sought permission before entering the forest.

Trekkers have repeatedly alleged that the forest officials put the blame on them in the event of accidents even if they had the requisite permission. A recent example is the forest fire accident in Kurangani hills in 2018, Theni district.

Kumaran, a regular trekker based in Chennai who had lost his friend Prabhakar in the Kurangani fire, refuted the allegations made by trekkers. He said the permission granted by the officials mandated that they stayed within certain geographical limits.

“Before entering forest, trekkers should sign the indemnity forms provided by the officials. They are supposed to trek only along designated paths and that too for a certain distance and time. The department deputes its guards and in some cases tribals who are familiar with the terrain and the routes. In the event of accidents, they usually help out but it is no guarantee for their safety,” Kumaran said.

After the Kurangani incident, trekking activities in Tamil Nadu saw a dip as the rules and regulations were followed meticulously. Kumaran said if people were undertaking illegal trekking even after that, it was a systemic issue.

“You may know the forest paths and you may be a regular trekker. But that doesn’t mean you can enter a forest without permission. It is like driving a vehicle without permission. Illegal trekking is always happening. It is known only when such accidents happen,” Ramamurthi Ram said.

When trekkers get the requisite permission, the officials are mandated to send anti-poaching watchers or ‘dependable’ members of the tribal community to accompany the trekkers, he said.

“But most of the time, trekkers are not accompanied by forest guards. This is partly because the department is short-staffed,” he said adding the trekkers had a larger responsibility. They should follow the basic rules  – trekkers should not stop for too long inside forests, parking their vehicles inside forest areas, and try to take selfies with animals.

Also read: Forests in mind, Centre draws a line on highways through woods

Speaking to The Federal, District Forest Officer D. Venkatesh said as per the Tamil Nadu Forest Act, 1882 unauthorised entry to a forest is nothing but ‘trespass.’

“Many think trekking is walking into the forest. But it is different from walking. Trekking means you walk up forest paths, usually uphill, and come back. Bhuvaneshwari and family were not prepared to trek and had just walked into the forest. There are tribals who live in the area and they walk to the urban centres to work. We seldom term it trekking,” he said.

After the incident, The Federal learnt that the family used to visit temples located in the hills, every weekend.

“Generally, we don’t allow trekking if elephant sightings are reported by tribals or guards. Same is the case during heavy rains and forest fires. We send forest guards along with trekkers for their protection. Guiding the trekkers is not their duty,” Venkatesh said. He said the department was not short-staffed. The family of the deceased were not available for comment.The trampling to death of a woman a trekker in Coimbatore by an elephant on Sunday (January 19) has once again raised questions on the safety of trekkers and the role of the Forest Department.