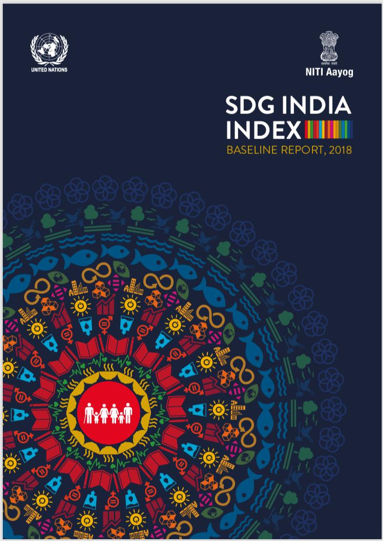 One view is that as compared to resource rich Tamil Nadu and Kerala, other states by default are not able to keep up and fare poorly in NITI Aayog's SDG India Index

Tamil Nadu and the Dravidian parties are rejoicing after the Sustainable Development Goals (SDG) India Index report brought out by NITI Aayog was released on June 3. The SDG index evaluates the progress of states and Union Territories on social, economic and environmental criteria and is released every year by the government.

The report has said that the TN state is at the top of the rung in achieving the ‘no poverty’ goal. The achievement is perceived by many as the state emerging out of poverty with the basic need of all its citizens being fulfilled – which is to eat three meals a day.

This accomplishment has been based on six indicators. The very first indicator is the percentage of population living below the national poverty line. According to the Tendulkar Committee estimates, the poverty rates in the country stand at 21.92 per cent.

“Global SDG target 1.2 aims to reduce, at least by half, the proportion of men, women and children of all ages living in poverty in all its dimensions according to national definitions. Therefore, half of this value has been taken as the target,” the report said. According to the justification in the report, the target is set as 10.96 per cent (21.92÷2) and Tamil Nadu’s performance is rated 11.28 per cent.

Another important indicator is the percentage of households with any member covered by a health scheme or health insurance. The target here is 100 per cent and Tamil Nadu has achieved 64 per cent on this score. Interestingly, the target set to provide people employment under Mahatma Gandhi National Rural Employment Guarantee Act (MGNREGA) is 98.95 per cent and Tamil Nadu’s performance on this front stands at 94.44 per cent.

Similarly, the number of women benefiting under the Pradhan Mantri Matru Vandana Yojana (PMMVY) in the state is 88.42 per cent, against the target of 100 per cent. Also, the target fixed for the percentage of households living in kutcha houses is zero, whereas Tamil Nadu’s performance in this indicator is 2.40 percent.

While the report painted a rosy picture of the state, some sections remain skeptical. In the last one year, many people have lost their jobs and many families have gone below the poverty line (BPL) due to the lockdown. Then, how is it that the state claims to have achieved its ‘no poverty’ goal?

According to Jeyaseelan Natarajan, an SDG researcher and founder, Virutcham Development Academy, Dindigul district, this goal was probably achieved because in the last two years the credit availability has been extended deep into the interiors of the state.

“The poor in the villages were able to get credit. If we have a seven crore population, more than 50 per cent of the population live in rural areas. So, for us that population is important,” he added

The women self-help groups (SHG) played an important role in alleviating poverty as well, he pointed out. “It is claimed that the state has nearly six lakh SHGs. These SHGs has a membership of around nearly one crore. If a family of four depends on one SHG member, almost half of the state population would be covered. It is to be noted in the 2020-2021 financial year about ₹50,000 crores have gone to these SHGs. About ₹30,000 crores were given by micro-finance institutions and ₹20,000 crores were distributed through the banking sector,” Natarajan said.

Interestingly, half of the amount has gone towards personal expenses and other half has gone into agriculture and other allied employment, he added.

“Last year, agriculture and allied activities performed well and many people have started to depend on these activities. If the state government gives more thrust to the SHGs and rural employment, the villages can develop quickly,” pointed out Natarajan.

Tamilarasi, deputy director, Human Rights Advocacy and Research Foundation and a member of the SDG Watch Tamil Nadu said that though the state can be proud of such achievements, it is not considered very significant.

“There are states which are doing worse because they lack resources which are found in Tamil Nadu or Kerala. So, by default these two states are doing well for many years and there is nothing significant happening here,” said Tamilarasi.

She added that instead of comparing Tamil Nadu with other states, the government should compare the state with other developed countries like Singapore. The same has been stressed in ‘Vision 2023’ document brought out by AIADMK. “If we start working towards the goals put forth in that document, it would be far better,” she observed.

In districts like Salem, about 900 gypsy community families do not have ration cards, though they have been residing in the same area for many years. “In that case, how can we say that our state has achieved a ‘no poverty’ goal?” asked Tamilarasi.

“The basic aim of SDG is not to leave anyone behind in the journey of development. The vulnerable people should be given priority. But, as we can see around us they are not getting their due,” she pointed out.