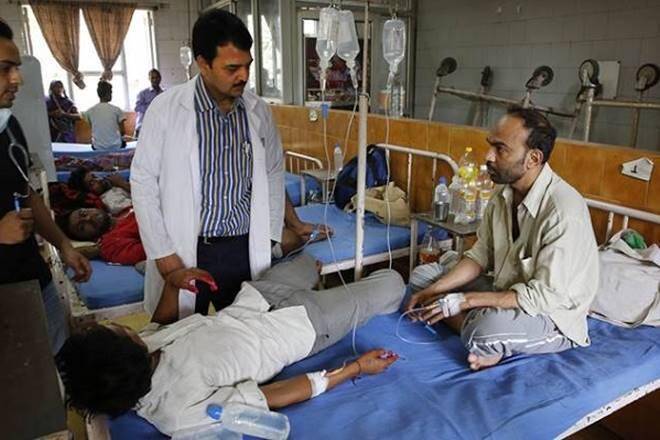 Post-NEET, with the significant drop in super-speciality doctors from Tamil Nadu and the rising preference of such doctors to work in urban private healthcare, there will be a shortage of such specialists and their key critical care in rural and semi-urban districts in the state in the future, warned the A K Rajan Committee’s report.

The Tamil Nadu appointed Justice AK Rajan Committee’s report, which provides a detailed analysis on the impact of NEET in the state, which was released on September 20, has also emphasised how the rural medical infrastructure has been affected after the implementation of NEET in the state.

The report pointed out that there has been an alarming change in the profile of students admitted to MBBS following the NEET since candidates from the High Human Development Index (HDI) districts seem to have more chances of clearing NEET exams compared to those belonging to the less developed districts.

This indicated that most of the super speciality doctors would prefer working in “urban and private” health sector, said the report. “This would create a demand for specialists and their critical role in delivering specialised care at rural and semi-urban districts, which constitute 52 per cent of the entire population of the state, in the future, putting the lives of the underprivileged at stake,” said the report.

Moreover, according to the Health and Family Welfare statistics 2019-2020, the state’s 63.3 per cent of rural population is fully dependent on the government healthcare institutions for their health-related ailments, which is well above the national average of 32.5 per cent.

Also watch: Why are Tamil Nadu students struggling with the NEET exam?

How strong are rural PHCs in TN

As per the data of the state Directorate of Public Health as on June 2021, the state has 1,807 primary health centres (PHC) in rural areas, 206 taluk hospitals and 67 non-taluk hospitals. These hospitals act as the first contact point between village community and the medical officer.

Out of the 4,886 sanctioned MBBS doctors posted in these hospitals, 4,838 doctors are in position, while a total of 47 posts are lying vacant. Compared to the national average of 6.8 per cent vacancy, the percentage of MBBS doctors vacancy in PHCs in the state is 0.94 per cent.

“This has been possible only with the robust system of policies over decades pertaining to reservations in medical education, giving equal opportunity to the poor rural area students to study MBBS, who after graduation willingly work in their native village areas,” the report claimed.

But following NEET, in the last four years, there has been an average decline of 11.2 per cent share of MBBS admissions among the crucial social categories in the state such as first generation graduates, rural candidates, candidates with parental income less than ₹ 2.5 lakhs and Tamil medium students, said the report.

“As the majority medical seats in the post-NEET period, are occupied by the students of an affluent segment of the society who are characterised by non-government schools, English medium, CBSE students, higher levels of parental income, higher levels of parental education and urban background, they are expected to prefer working in the urban corporate sector,” added the report.

With regards to specialised healthcare in rural areas, the taluk and non-taluk hospitals are today equipped with specialists like obstetricians and gynaecologists, anaesthetists, pediatricians, physicians, general surgeons and opthalmologists to perform services like safe institutional deliveries, surgeries, cataract operations and to diagnose medical conditions which need immediate referral for tertiary care.

Because of the specialised care in rural areas, Tamil Nadu has achieved indicators like lower infant mortality rate and maternal mortality rate, increased institutional deliveries and immunisation coverage, etc. The Committee’s report suggested that this has been possible because of the existing system that facilitates continuous retention of the post-graduate doctors at these hospitals.

The vacancy percentage in taluk and non-taluk hospitals are 7.7 per cent and 8.9 per cent respectively. With these vacancy rates, the report said that the state needs more specialists and that the selection criteria and admission process followed in the post-graduate programmes should be conducive enough to identify, produce and retain the post-graduate holders in the primary and secondary services.

So far, the doctors working in the rural areas and difficult terrains were given incentives during the selection process in post-graduate admissions and after their post-graduation studies they were allotted their choice of secondary or tertiary levels of hospitals preferably at their native districts, to continue their service.

This established cycle provided a continuous inflow of qualified doctors at the grassroots level that resulted in Tamil Nadu having a strong medical infrastructure.

Till 2017, the year which NEET was introduced in Tamil Nadu, 50 per cent reservation was provided to in-service government doctors during PG admissions. However, post-NEET, the Medical Council of India cancelled the reservation and started to provide incentive marks to the in-service doctors. They were expected to compete in the open category with non-in-service candidates who had a lot of time and means to prepare for NEET PG exams.

This has caused a drastic reduction in the percentage of in-service doctors securing PG seats.

In 2021, the state government informed that 50 per cent reservation would be given to in-service BDS doctors during MDS admission. It is expected that the same will be followed in MD/MS and DM/MCh courses.

It further stated that negating the reservation for in-service candidates of the state will take the state towards an acute shortage of in-service super specialists and faculties to teach new post-graduates in the coming years.

“If this pattern continues in super speciality, the infrastructure created for delivering high- end care to the state people would go unutilised and the ailments needing super specialists would remain unaddressed, degrading the health system of the state at higher order,” added the Rajan report.

Increasing disparity between rural and urban

According to the Committee, the introduction of NEET has increased the disparity between rural and urban districts with regard to accessing medical education. The Committee has taken the Human Development Index as a factor to analyse what was the impact of the NEET on students in few select districts.

The HDI is a measure of average achievement in key dimensions of human developments like life expectancy, educational attainment and standard of living. Based on the HDI, the students in the districts with high HDI such as Kanyakumari, Virudhunagar, Thoothukudi, Chennai and Kanchipuram have secured more seats in government colleges post-NEET and the percentage of students from the lower HDI districts like Thiruvarur, Villupuram, Theni, Perambalur and Ariyalur have decreased further from the past.

“The trend of the low HDI districts indicates that there will be a lack of diverse demographical representation in the healthcare professional service, which will affect the public health care system in the state,” the report pointed out.