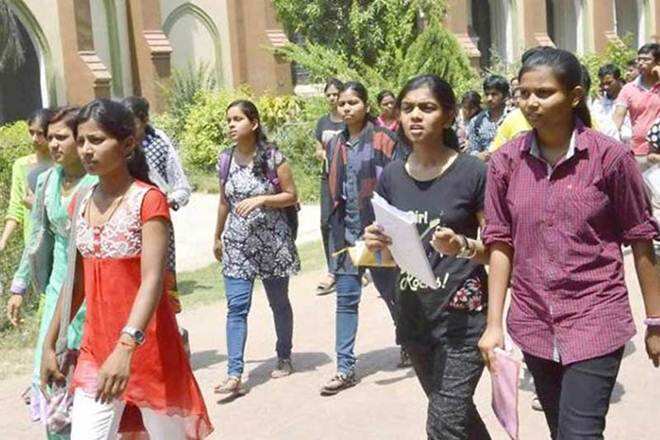 Medical students: State health minister Ma Subramanian told reporters that if TN decides not to give its share of seats to the common AIQ pool, the state will get an additional 1,739 seats including UG, PG and super specialty seats. Pic PTI representational image

The Union government continues to dilly-dally over giving reservation for OBCs in medical colleges under the All India Quota (AIQ). Though the Centre had promised to implement the reservation for Other Backward Classes (OBCs) from 2021, it has still not kept its word. This shows the Centre’s disrespect towards the federal structure.

Till 1984, it was some developed states like Tamil Nadu that had many medical colleges. Only the domicile candidates were admitted to the state-run colleges. But students from other parts of India, particularly from the north and north-eastern states, wanted to join these medical colleges.

Hence, a petition was filed by the students from such states, and while hearing the petition in 1984, the Supreme Court gave a direction for an All India Quota.

If the surrendered seats remain vacant even after two rounds of counselling, then they are returned to their respective states.

OBCs get left out in AIQ, Tamil Nadu reacts

Between 2017 and 2020, a total of 40,842 seats went to to AIQ from all the states. But, not a single seat has been allotted to an OBC candidate. So, all the political parties in Tamil Nadu filed a case last year in the Madras High Court seeking 50 per cent reservation for OBCs in the state under the AIQ share.

Responding to these petitions, the Union government responded that it is waiting for the judgement in the Saloni Kumari case, which is pending in the Supreme Court (SC) since 2015. But SC has already said there is no relation between the Saloni Kumari case and the case filed by the Tamil Nadu political parties, and the Union government can go ahead and implement the reservation.

While hearing that petition on July 18, 2021 the Madras High Court ordered the Union government to implement the reservation from this year and if it fails to do so, the court will ban the NEET exam.

But the Union government continues to harp on the Saloni Kumari case as an obstacle or in implementing the reservation.

What is the Saloni Kumari case?

The case was filed by a Saloni Kumari from Uttar Pradesh in 2015. In her petition, she had asked the government to give 27 per cent reservation for OBCs for medical seats under AIQ, in the colleges located in Uttar Pradesh. While she sought the implementation under the Central Educational Institution Act, Tamil Nadu is seeking the OBC reservation implementation on the basis of the Tamil Nadu Reservation Act.

But even after six years, the Saloni Kumari case has not come up for hearing. The petitioner has not pursued it further and the Supreme Court too considers it as just another case. Hence, it seems that the Union government is reportedly escaping from implementing the reservation by using this case.

While this case is still pending, the Tamil Nadu health department meanwhile has told the Union government that they want to opt out of the AIQ.

If Tamil Nadu decides not to give its share of seats to the common pool, then the state will have an additional 1,739 seats including UG, PG and super-speciality seats, said state health minister Ma Subramanian to reporters, after a discussion with the Centre at New Delhi, a few days ago.

If the state gets exemption from AIQ, then the seats can be filled by a state selection committee based on the NEET marks and a 69 per cent reservation.

Meanwhile, Tamil Nadu is building 11 new medical colleges and if they start functioning, another 1,650 seats will be added to the existing 3,400 seats and the students of the state will benefit more, said experts.

But there is also a fear that if the state gets exemption from AIQ, then the students of the state will lose the opportunity to study in other state medical colleges.

“That fear can be used only for an argument. By getting relieved from AIQ, only CBSE students will be affected since they will have to compete with the state board students. Moreover, the number of students opting to study in other state medical colleges is very minimal,” said G Karunanidhy, a reservation activist.

The Madras High Court has given a week’s time for the Centre to respond.