Dalit sanitary workers in Tamil Nadu’s Coimbatore, whose houses would be demolished to build new ones, are building temporary shelters as they were unable to find houses for rent in the city.

It was decided that the original 30-year-old houses in CMC Colony of the city would be demolished by the Tamil Nadu Slum Clearance Board.

“After the Tamil Nadu Slum Clearance Board asked us to vacate the houses, we went and searched for houses for rent. While most of them were not ready to rent out a house in the first place, few came forward with weird conditions, so that we could not take the house,” says B Dhandapani, a sanitary worker.

One of the conditions was not to enter the house in the khaki uniform that the sanitary workers wear while cleaning the drainages.

“I have rented a house for about Rs 9,000 in the city. But even to go to my own house after work, I go to a public toilet, take a bath and change my clothes. I have to cover my identity in the place where I live,” says P Ganesan, another worker.

Like Ganesan, about 100 of the 422 families managed to find a house either by hiding their identity or by accepting the landlords’ conditions. But it was not that easy for everyone.

As many as 200 families decided to build temporary shelters until the corporation built a new one at CMC Colony. 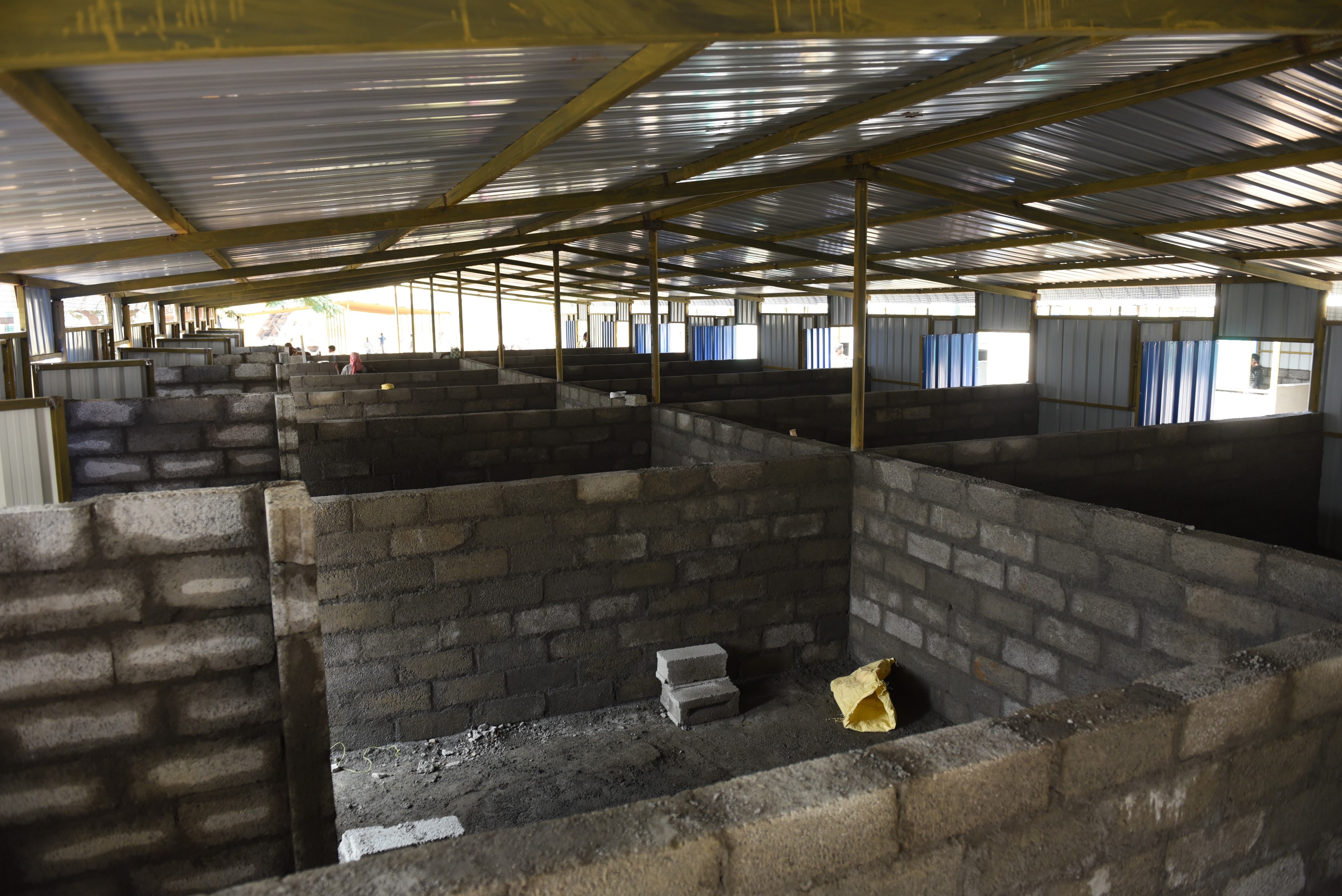 The temporary houses are 16×11 sqft large, with a kitchen and a washroom.

A resident of the shelters, who did not wish to be named, noted that from their earlier 250-sqft housing units, these metal-roofed shelters offered little respite from rain and heat.

Residents also revealed that they were building these shelters on loans as much as Rs 50,000 taken from usurers at 7%–10% interest.

“After paying society loans and private loans, we will get around Rs 5,000 to Rs 6,000. Now, after taking loan for constructing these temporary houses, we will have to shell out additional money to repay the loans,” the resident rued.

When asked why they didn’t take houses on rent, some residents alleged caste discrimination.

A sanitary worker said discrimination was rampant in the city, and recalled how, after cleaning a drainage at a restaurant, he was offered water in a plastic jug whereas the customers were served in silver tumblers.

“They did not even given it on my hand. They kept on the ground and asked me to drink and wash the jug while leaving. In such a scenario, how would I be able to take my family and live there?” he asks.

“Though we all have tales of suffering, we feel socially safe if we live together here,” the worker added.

TNSCB officials said they would complete construction of the new houses in 18 months after the people vacate the buildings completely. The officials also said that they would be giving Rs 8,000 as shifting charges.