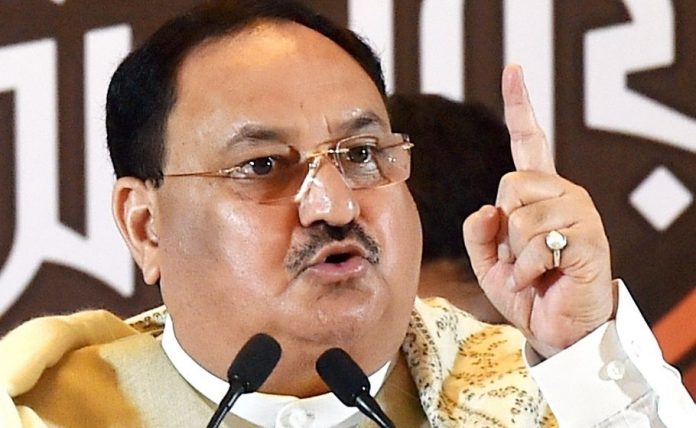 BJP national president J P Nadda on Saturday (January 30) said his party’s alliance with the AIADMK would continue for the assembly elections, due to be held in Tamil Nadu in a few months.

Both parties would face the polls together, he said, addressing a public meeting, his first in the run up to the Assembly elections expected in April or early May. He said Prime Minister Narendra Modi facilitated projects like the defence corridor for Tamil Nadu while the state was ignored during the Congress-led United Progressive Alliance regime.

Praising Tamil as the world’s oldest language, Nadda, who was in Madurai on a one-day visit, said when the right person assumed the right place, it led to right decisions. After Prime Minister Narendra Modi assumed the top office, a safe destiny was assured for the nation and Tamil Nadu as well, he said.

Be it projects like the defence corridor or allocation of funds for Tamil Nadu, the situation changed only after the BJP came to power at the Centre, he said. Nadda recalled that Modi had quoted a couplet from Tirukkural to soldiers at Ladakh and also cited the Prime
Minister’s Yaadum Oorey reference of Tamil poet Kaniyan Poongundranar in his speech at the United Nations General Assembly in 2019.

Dwelling on Tamil, he said the Tamil people had a unique combination of entrepreneurship, economic and cultural ethos. The BJP top leader’s Tamil pitch assumes significance in view of Congress leader Rahul Gandhi’s visit a few days back in which he alleged that the saffron party had no respect for Tamil language and culture.

Nadda praised Madurai as a pious land, the home of goddess Meenakshi and recalled the link the temple city has with Mahatma Gandhi, who decided to use only dhoti during his visit here.

Vel is the spear-like weapon of Lord Muruga and the saffron party had last year held a ‘Vel yatra’ in Tamil Nadu.

Accusing the DMK of double standards, Murugan alleged that the then Chief Minister M Karunanidhi was a mute spectator when Tamils were killed in 2009 in the civil war in Sri Lanka.

The party gave a standing ovation to Nadda for the AIIMS Hospital project for Madurai by the Centre.

Earlier, when the BJP national chief arrived at the venue of the public meeting, he was greeted with slogans of ‘vetri vel, veera vel‘. An ancient war cry, it denotes victory and valour with Lord Muruga’s vel.

Nadda, who arrived in Madurai on Friday night, was accorded a warm welcome by party cadres. He visited the famous Meenakshi temple, garlanded a statue of freedom fighter Pasumpon Muthuramalinga Thevar and chaired a core committee meeting of the party.

Tamil Nadu ministers R B Udhayakumar and Sellur Raju called on Nadda, according to the party, which described it as a courtesy visit. The top leader in the core panel meet deliberated on constituencies in Tamil Nadu with winning chances and asked the state leadership to focus more on such segments.

On Sunday, the BJP chief will visit Puducherry.

Former public works minister and ex-Congress leader from the Union territory, A Namasivayam joined the saffron party a few days ago in Delhi.