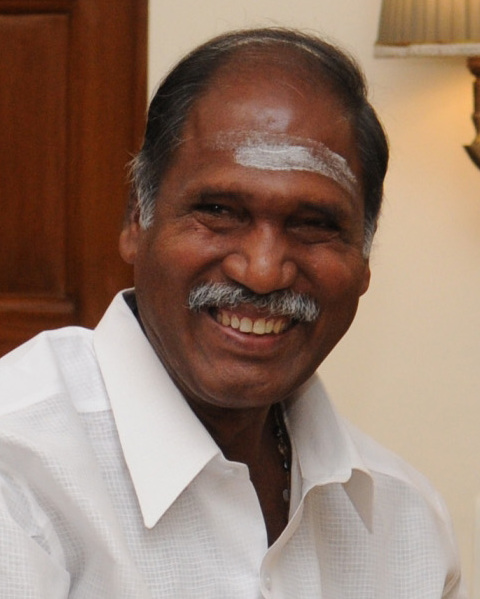 Puducherry CM, N Rangasamy seems to be dragging his feet over finalising his Cabinet members. Meanwhile, infighting in the BJP unit has broken out

Even after 50 days of winning the Puducherry Assembly election, the NR Congress government still finds itself at the crossroads over the formation of a Cabinet. It was expected that the Chief Minister N Rangasamy would present a list of MLAs who would be part of his Cabinet to the Lieutenant Governor on June 21 (Monday).

Both the NR Congress and BJP cadres were eagerly waiting for this list. But Rangasamy, who has been dithering over the issue, has once again bought more time and sought another one week to finalise the members of his Cabinet.

It is a well-known fact that the BJP, which enjoys an alliance with the NR Congress in the Union Territory (UT), is turning out to be thorn in the side of the NR Congress and its chief, constantly bickering with him.

From the time Rangasamy has taken over the reins of the government in the UT, the BJP has been striving to get an upper hand in matters of governance. When Rangasamy was in the hospital in Chennai for COVID treatment, the BJP, without consulting the CM, appointed three nominated MLAs. After which, the BJP started demanding for the Speaker’s post for one of its MLAs. Accordingly, a first time MLA Embalam R Selvam was given the post last week.

In the midst of all this drama, the factional infighting in the BJP unit seemed to be hotting up. On June 19, the supporters of A Johnkumar, the BJP MLA of Kamaraj Nagar constituency allegedly ransacked the BJP headquarters, after they came to know that their leader was not going to be given a ministerial post.

Johnkumar is a political turncoat, who had defected from the Congress to the BJP. His supporters alleged that he is being denied the ministerial post because of his religion.

However, one of the BJP MLAs, PML Kalyanasundaram, denied the allegation. He said that there are no differences among the party members like ‘I came from this camp, you came from that party’, etc. “Everyone contested in one symbol and everyone works for the party,” added Kalayanasundaram.

Queried about the list of the likely ministerial candidates ostensibly prepared by the Puducherry CM, Kalyanasundaram said that no such list has been prepared. “As far as the BJP is concerned, everything is decided by the party high command. All the list business in the media is just rumours,” he said.

Talking to The Federal, NR Congress MLA from Embalam constituency, U Lakshmikandhan said that the CM had not revealed anything about a list to them.

“We came to know that he is going to submit a list, only on Monday morning and that too through the newspapers. The NR Congress has handed over all the rights to the CM to do what he thinks best. Only he takes the decision and that is final. It is still unclear who he will select as his Cabinet ministers and when he is going to submit his list of Cabinet members,” he said. Meanwhile, Puducherry blithely functions without ministers in charge-of different portfolios as the stalemate continues.