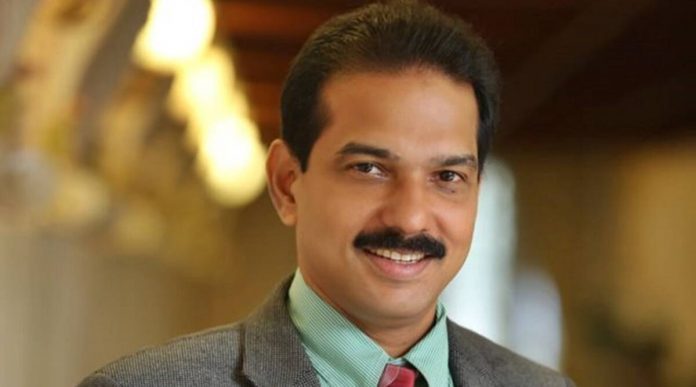 Kitex Group Chairman Sabu Jacob also pulled up the Kerala government over its claim of "single-window" clearance for investors. “Kerala says we have single-window clearance. It's an outdated one. We are still discussing this method which was implemented by other states at least 25 years ago," he said.

Days after he was flown from Kochi to Hyderabad in a chartered plane, Kitex Group Chairman Sabu Jacob said that Telangana has offered his company several incentives without ‘inspections’, which was the bone of contention between the textile behemoth and the Pinarayi Vijayan-led Communist government in Kerala.

Jacob continued his tirade against the Left government on Monday (July 12), calling the Kerala Industries department a ‘frog in the well’, unaware of the investor-friendly atmosphere in other states.

On July 9, Jacob left Kochi with a five-member team on board a Telangana private jet. While taking off, Jacob said he is leaving Kerala with a “heavy heart” and that he was being “kicked out” by the (Kerala) government.

“They (Kerala Industries Department) are like a frog in the well and unaware of the investor-friendly atmosphere in other states,” he said.

On apprehensions of inspections, like 11 carried out in his units in Kerala in 30 days, he said the Telangana government assured him that no official would trouble any industry in that regard. Jacob said that he was assured that inspections would be held once in two or three years and that too with the knowledge of the principal secretary or the minister concerned.

“Even that will be informed well in advance after getting our permission and as per our convenience only,” Jacob said. He was told that even if any lapses were found during the inspection, steps would be taken to rectify it at the governmental level and not publish it to “defame and let the business run into losses”.

Also read: ‘Kicked out’ of Kerala, Kitex MD flies off to Telangana on special flight

Jacob said he was impressed with Telangana Industries minister K T R Rama Rao. “My talk with Mr Rao was like a talk with the CEO of the state,” he said.

The Kitex top boss also pulled up Kerala government over its claim of “single-window” clearance for investors. “Kerala says we have single-window clearance. It’s an outdated one. We are still discussing this method which was implemented by other states at least 25 years ago. Neither the Kerala government nor its officials know how well other states or countries are treating investors there and are only claiming that the state is investment friendly,” he said.

The Kitex group head also said that the main allegation against his business was that it was a polluting industry. “But the minister (Telangana) said it was a psychological issue and whatever technology we use, the people and civil society would find it difficult to accept. He said it was the government’s responsibility and asked us not to worry about treatment of waste water and they would handle it,” Jacob said.

Meanwhile, Leader of the Opposition in the Kerala assembly, V D Satheeshan asked Kitex officials to refrain from making statements that they would leave the state.

“We don’t want Kitex to leave Kerala. The management should refrain from spreading such campaigns. The government should take steps to resolve their issues,” Satheeshan said.

Kerala’s effort to project itself as an investment destination suffered a blow when Kitex Garments, the world’s second-largest manufacturer of kids apparel, withdrew its Rs 3,500 crore project in Kochi on June 30, alleging witch-hunt by government agencies.

The company had signed a memorandum of understanding with the Kerala government at the ‘Ascend Global Investors Meet’ in Kochi in early 2020. As per the agreement, Kitex was to open an apparel park in Kochi and set up industry parks at Thiruvananthapuram, Kochi and Palakkad. The company had acquired 30 acres of land for the apparel park at Kizhakkambalam in Kochi and it had the potential to provide 20,000 jobs.