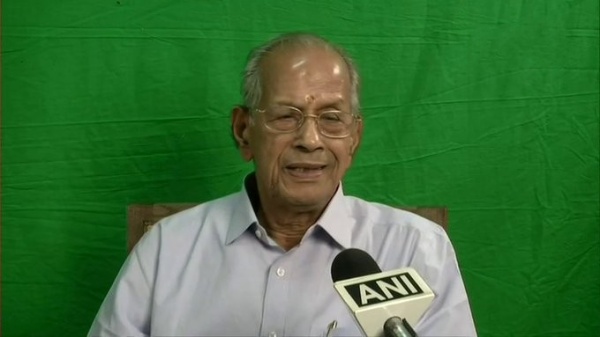 Metroman E Sreedharan has said that the Kerala government’s ambitious SilverLine Rail Project to connect Kasargod and Thiruvananthapuram has a lot of faults and is unlikely to be approved by the Centre.

Even as Kerala Chief Minister Pinarayi Vijayan pushed for the project amid strong criticism over environmental issues, Sreedharan, who is credited for the Konkan Railways and Delhi Metro, shot off a letter to Prime Minister Narendra Modi, discrediting the project.

“What’s going to happen in the K-Rail project is Pinarayi will become isolated. Already many in CPM are not for this, while the CPI has already expressed their reservation. It’s surprising to hear that this project will be completed in 5 years, while the fact of the matter is it won’t be completed even in 15 years,” Sreedharan told reporters at Malappuram.

“I don’t think the Centre will give its approval for this project because there are a lot of technical errors in it,” he said.

Stating that he had written to the PM to highlight the faults in the project, Sreedharan said the fast rail would need high walls to prevent trespass of people and animals. However, building walls on either side of the tracks will surely be an environmental disaster as it will block natural drainage and also turn out to be an eyesore.

Sreedharan also demanded that the Detailed Project Report (DPR) be released, so that the actual cost of the project could be known.

Pinarayi Vijayan on the other hand accused those protesting against and opposing the project of having vested interests.

Stating that the project is for the good of the state, he said his government would not give in to opposition pressure. “It is the duty of the government to lead the state to progress,” Pinarayi said.

With most trains operating at an average speed of 45 km/hr, courtesy the uneven terrain of the state, the government claims the new project will not only make travel faster for commuters, but also reduce congestion on the traditional rail routes and roads and in turn help bring down the frequency of accidents.

Three of the stations, at Thiruvanthapuram, Ernakulam and Thrissur, will be elevated, while the one at Kozhikode will be under the ground.