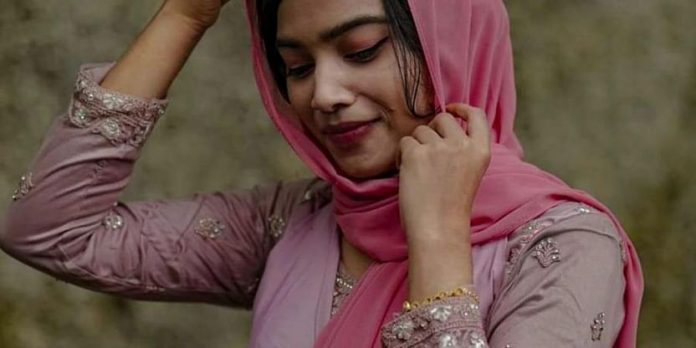 The suicide of Mofiya Parvin, a 21-year-old law student from Aluva, allegedly due to dowry harassment, created a storm in Kerala for more than one reason

Mofiya Parvin, a 21-year-old law student from Aluva in Kerala, committed suicide last year. She killed herself on November 22, 2021, after leaving a note disclosing how she had been harassed for dowry by her husband and family.

Mofiya’s suicide created a storm in Kerala for more than one reason. In the suicide note, she had demanded that action should be taken against a cop in Aluva station for ignoring her complaint of domestic violence and harassment. The Youth Congress took up the case and protested against the then station house officer C L Sudheer who the girl had mentioned in her suicide note. Later, he was suspended and the investigation was taken over by the district crime branch, Ernakulam rural.

Dilshad Saleem, Mofiya’s father told The Federal that he does not trust the Kerala police and wanted a CBI inquiry into his daughter’s death.

“Suhail (Mofiya’s husband) demanded ₹40 lakh rupees as dowry from us. His family members, including his mother, supported him and kept harassing her for not giving the money,” alleged the aggrieved Saleem.

Mofiya’s death is the latest in a series of suicides and murder of young girls in Kerala due to dowry related harassment. On June 21, 2021, newly-wed Vismaya (22 years), a Kollam native, committed suicide unable to bear the harassment over dowry. Her husband Kiran Kumar, who was a Motor Vehicle Inspector, was arrested.

A day before she took her life, Vismaya sent WhatsApp messages to her relatives about the harassment she was facing to bring more dowry. She had also sent pictures of wounds and physical injury marks on her body.

According to Vismaya’s father, he married off his daughter by giving her 100 sovereigns of gold, one acre of land and a ₹10 lakh worth car. According to a charge sheet submitted by the police, Kumar and his family had demanded more dowry and tortured the girl.

The data tabled in the Kerala Assembly by the government on February 22 showed that  Kerala police has registered 223 cases under the Dowry Prohibition Act from 2011 till February 10, 2022. Seventy-nine per cent of these cases were charge sheeted, but the conviction rate hovered at a low 4 per cent. Out of the 176 cases charge sheeted, the accused were convicted only in seven cases. On the contrary, the acquittal rate has been higher – the accused were acquitted in 32 cases.

There is a marked increase in the number of dowry harassment cases in 2021 – the pandemic year. Seventy-five cases were registered, out of which 45 cases were charge sheeted. What is worrying is that domestic violence and divorce cases too are climbing in the state.

The state is among the frontrunners for the number of litigations in family courts. The division bench of the high court of Kerala recently observed, “The state of Kerala, which accounts for 3 per cent of the country’s population, has one of the highest numbers of matrimonial cases in the nation.”

‘Compromise is the norm, Adducing evidence is hard’

According to lawyers, police and gender rights activists, it is very hard to nail the culprit in a dowry related case. “Often, both the families compromise with each other. The cops encourage them to do this and they mediate with the families to settle it at this stage,” said advocate Asha Unnithan, a lawyer and activist.

She told The Federal that there are cases in which the women either committed suicide or was found dead in mysterious circumstances and the families strike a compromise in police stations. As the system is highly patriarchal, which the police are part of, everything is hushed up, said advocate Asha.

Take Mofiya Parvin’s case as an example. The police officer against whom Mofiya alleged was biased told the media that ‘Mofiya hit her husband when they were called for a compromise’.

Dowry not defined in the law

The very idea of dowry is not properly defined in the law. “Giving ‘gifts’ during marriage is permissible, provided they are listed. Dowry relates to gifts which are not listed while solemnising the marriage. The Dowry Prohibition rules of 1985 stipulate that both the parties should maintain a list of gifts, but it is left vague on how to make such a list.

“The Act itself in a way promotes dowry in the disguise of a gift. The Act or rules do not lay out how the list is legally valid. Should it be registered or not? Would a private list of gifts have any validity? There are lot of questions which still remain in the grey area of the law. Generally, the prosecution and the courts go for a case by case approach, depending on the facts available,” said advocate Sandhya J, who has been a lawyer and gender rights activist representing women in several domestic violence cases.

Not only accepting dowry, but also giving is considered to be an offence. This provision in the law of punishing the giver makes many people scared to go and report the crime to the police. Advocate Sandhya told The Federal that there is an urgent need to spread awareness among people. Moreover, according to Sandhya, the bride’s family will not be punished if they are aggrieved by the demand for dowry.

“The relevant section of the Act has been recently amended and this provision has been incorporated but many people are unaware about this,” she added. Even cops threaten the girl’s family saying that they would also be arrested for giving the dowry.

Marriage as well as giving and taking of ‘gift’ being a ‘private family matter’, providing evidence for an offence of dowry demand becomes hard often. “Who will testify against their own family member? We will have to go by circumstantial evidence; there will not be any evidence for the gold or money given at the time of marriage. It is hard to differentiate whether it was gift or dowry,” said a police officer at Ernakulam.

As per the amendments brought in on July 2021, the Women and Child development officer of each district would also function as dowry prohibition officer. It has also been made compulsory for government servants to give affidavits that they would not take or give dowry.

Dowry does exist and continues despite the provisions of penalty in the law. It is a social evil which cannot be addressed only through the application of law, according to experts. L Rajan, who had served as regional dowry prohibition officer in the southern region from 2015 to 2018 told The Federal that they had organised 70 to 80 awareness campaign programmes in higher education institutions across the southern districts.

“We often ask the students, the participants of the programme if they would give or accept dowry. Their response is very poor, even from girls. They have been conditioned with the idea that dowry is an integral part of the marriage. Sadly, they don’t find a problem with it,” he pointed out.