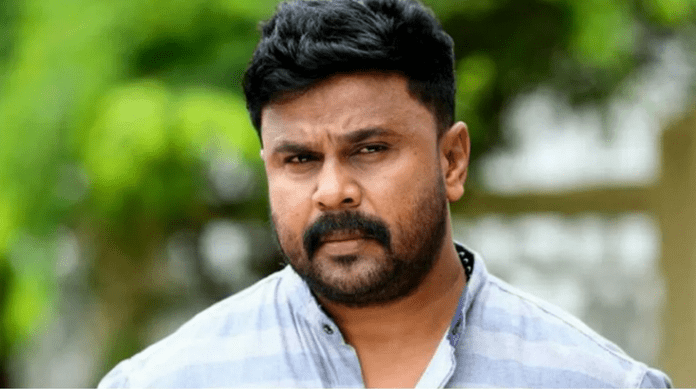 The Crime Branch of Kerala Police has opposed the anticipatory bail plea of actor Dileep, stressing that his custodial interrogation is highly necessary in the case of conspiracy to kill officers investigating the Kerala actress abduction and sexual assault incident.

In the statement submitted to the Kerala High Court on Thursday, the Superintendent of Police, Crime Branch said that it is the first time in the history of Kerala that a person accused of a serious crime had hatched a conspiracy to kill the investigating officers. The prosecution argued that granting anticipatory bail to Dileep would impede the investigation in the case, given his affluent and influential position. The prosecution said that the actor is “capable of protracting and interfering with the legal process”. “If the suspect is protected and insulated by a pre-arrest bail order, interrogation would be reduced to a mere ritual,” the prosecution argued.

The high court is slated to hear the actor’s anticipatory bail plea on Friday.

The Crime Branch recently filed an FIR against Dileep and five others for allegedly hatching a conspiracy to eliminate the investigating officers in the actress abduction and assault case in which he is arraigned as the eighth accused. The FIR was filed on the basis of a statement by filmmaker Balachandra Kumar. The director in his statement said that he saw Dileep and others talking about harming the investigating officers in the actor abduction case. Kumar said he was supposed to direct a film starring Dileep and was present in his house when the conspiracy was being plotted. He had secretly recorded the conversation and handed over the tapes to the police.

The prosecution submitted that the “case is unique in multiple aspects.”

“It is perhaps the first time after the enactment of the Penal Code that a quotation has been given to a criminal gang to commit sexual offence including an offence under section 376 of IPC (Rape). Further, it is the first time in the history of Kerala that a person accused of a serious offence was seen hatching a criminal conspiracy to harm the life of even the investigating officers,” it stated.

The prosecution in its submission alleged that Dileep had an active role in making the prosecution witnesses hostile and coerced them to make statements in his favour. “He was found to be the kingpin of the crime. He attempted to thwart the legal process at each and every segment of the further proceedings in the case.”

The prosecution’s claim that Dileep is capable of subverting the legal process is backed by two previous cases registered against him for allegedly threatening the witnesses for deposing in his favour. In August 2020, an FIR was filed on a complaint lodged by Vipin Lal, a native of Kannur who was a prosecution witness in the actor assault case. Lal in his complaint, filed at Bakel Police Station in Kannur, said that he and his family were threatened by unknown people who claimed to be the “men of Dileep” and forced him to depose in favour of the actor. Lal said that he was forced to relocate to a relative’s house in Kasargodu for the fear of his life after strangers came looking for him at his house frequently.

In December 2020, another witness of the prosecution, Jinson filed a complaint of similar nature at Peechi Police Station in Thrissur. He alleged that a man introducing himself as a representative of Dileep offered him either five cents of land or ₹25 lakh if he deposed in favour of the actor. According to the FIR registered on December 23, 2020, the offer of bribe later turned to intimidation and thus the complaint was lodged.

In the statement filed in the Kerala High Court on Thursday, the SP of Crime Branch argues that “the extent, nature, progress and amplitude of the conspiracy to kill the investigating officers could only be unearthed by custodial interrogation”. According to the prosecution, it is important to know whether the accused has committed any act in furtherance of the conspiracy.

The prosecution also alleged that Dileep tried to put “spoke on the wheels of the legal process” by filing several petitions before various courts and most of them were “flimsy ones”. A list of the cases filed by Dileep in various courts including the High Court was produced along with the statement. According to this list, Dileep has filed 57 petitions in various courts with regard to the actor assault case.

‘Ignored his duties to the party and the yatra’: Congres...