A right-wing Hindu group on Saturday (February 22), announced a bounty to kill Amulya Leona, the student activist who shouted pro-Pakistan slogan at an anti-CAA rally in Bengaluru on February 20.

“We request the state and central government to not release Amulya on bail. If they do so, we will encounter (kill) her [or] give ₹10 lakh to those kill her,” a man identified as Sanjaya Marodi of Sri Ram Sena is seen saying in video that emerged from Ballari in North Karnataka. 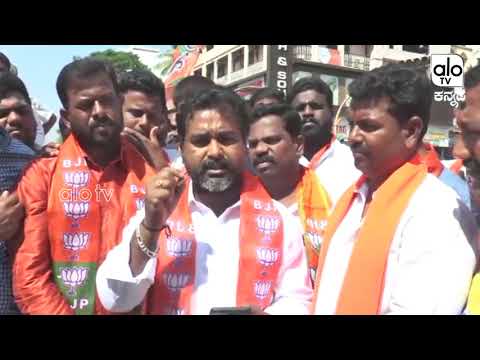 This comes a day after her house was vandalised by the goons in Chikkamagaluru, who heckled her father and forced him to chant “Bharat Mata Ki Jai”. He was also forced to disown her and say on record that he would not move bail application on her behalf.

Earlier, on Thursday (February 20), the Bengaluru Police slapped seditions charges on Leona and she was sent to 14-day judicial custody for the same.

Even as the woman was not allowed to complete her speech, she was seen shouting a slogan, which translates to, “The difference between Hindustan Zindabad and Pakistan Zindabad is…” before she was dragged away from the podium.

Karnataka chief minister BS Yediyurappa on Friday (February 21) said Amulya should not be punished appropriately and claimed he had proof she had naxal links.

Meanwhile, Amulya’s father, Oswald Naronha filed a police complaint at Koppa alleging some unidentified BJP activists were behind the vandalizing of his house.

“The activists vandalised our house by smashing window glass panes, flower pots and damaging other household things,” Naronha’s complaint alleges, as per a news agency.

Police personnel had been deployed at Naronha’s house at Koppa, which is about 320km west of Bengaluru.

Reports say police registered a case under Section 124A (Offence of sedition) of the IPC, against the 19-year-old after arresting her from the protest site where she raised the controversial slogan in presence of AIMIM leader Asaduddin Owaisi.

A video of the incident was widely circulated on social media, where Owaisi and other volunteers of the event rush to stop Amulya after she starts shouting ‘Pakistan Zindabad’.

“We have filed a suo moto case against her under sections 124A (sedition), 15A and B (promoting enmity between different groups) and imputations, assertions prejudicial to national integration,” NDTV quoted senior police officer B Ramesh as saying.

While Owaisi has clarified that he or his party has no link with the girl, the Karnataka unit of BJP has targeted his party for spreading anti-India sentiments.