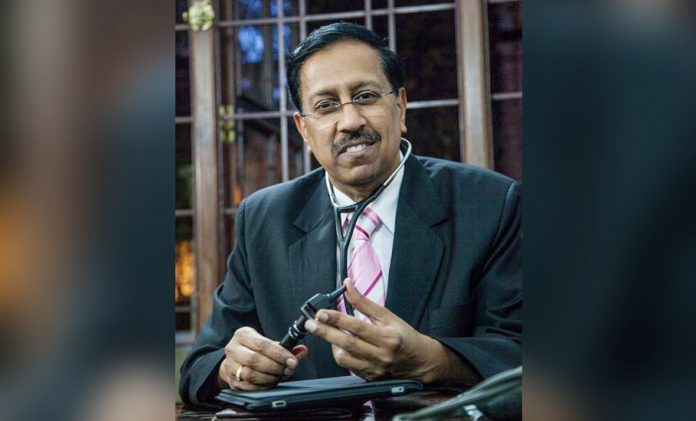 Several groups have been protesting outside the clinic of Dr B Ramana Rao, the family physician of the late actor Puneeth Rajkumar. Pic: Facebook

Bengaluru police has stationed a KSRP platoon outside the residence and clinic of Dr Ramana Rao at Sadashivanagar, who was the family doctor of the late Kannada superstar Puneeth Rajkumar. This police protection comes after several groups protested outside his clinic alleging “medical negligence”, which had resulted in the death of Puneeth Rajkumar and demanding a detailed inquiry.

On the fateful morning of October 29, the 46-year-old actor had first visited his family physician Dr B Ramana Rao after he felt some “weakness”. The doctor had taken his ECG and finding a “strain” had advised him to immediately go to Vikram Hospital. The actor died of a cardiac arrest the same day.

Senior Bengaluru police officials have confirmed security has been provided to the doctor, said media reports. A Deccan Herald report added that the police have also confirmed that they have received complaints against the doctor, which has been sent to their legal team for their opinion. The complainants also wanted the doctor to release the CCTV footage of his clinic when Puneeth had arrived there for treatment on October 29.

Meanwhile, the Private Hospitals and Nursing Homes Association (PHANA) sought protection for Dr Ramana Rao and other medical professionals who were involved in the treatment of the late actor.

In a letter addressed to Chief Minister Basavaraj Bommai, PHANA president Dr Prasanna H M said he was deeply concerned about “attempts by fans and well-wishers” to discuss the medical condition of the deceased, which he felt was “a gross violation of the healthcare privacy of an individual or a family”. “This should not be encouraged,” he wrote.

Stating that “attempts to register FIR or PCR” against a doctor concerning medical treatment related grievances are governed by Supreme Court guidelines, Dr Prasanna added that they strongly oppose attempts by the public to point fingers at the treating physicians, especially Dr Ramana Rao, who did his best.

“After all, we all know that the medical profession has limitations and saving lives is not always possible. Else no one would be dying,” he wrote requesting the CM to issue a public statement that will boost the morale of the medical fraternity.

The Association has also pointed out that certain TV and social media platforms were running narratives “blaming lack of care by the medical professionals” who offered services to the late actor. “This kind of judgemental and hypercritical media frenzy is creating distrust in society as well as risk to the lives of the medical professionals who served the deceased,” the letter stated.

Soon after the actor’s death, in an interview to The Hindu, physician B Ramana Rao recalled that Puneeth’s father, Dr Rajkumar too had died under similar circumstances. After doing his routine exercises Dr Rajkumar had collapsed on his sofa two hours later. The doctor reportedly had reached his house in three minutes and had tried to resuscitate him after which he was rushed to MS Ramaiah Memorial Hospital where he was declared dead on April 12, 2006.