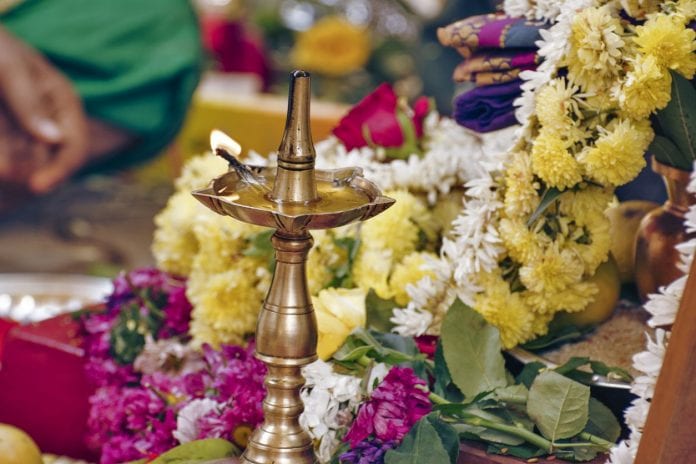 The deputy commissioner of Chamarajanagar district in the old-Mysore region of Karnataka has ordered all temples under the state Hindu Religious Institutions and Charitable Endowment Department to chant hymns as part of certain temple rituals in Kannada, to be more accessible to the devotees of the region.

The deputy commissioner’s office said, the department will conduct a training session for priests to hone their skills in Kannada, to enable an effective implementation of the order.

Related news: Tamil vs Sanskrit: What is God’s favourite language?

The notification is applicable to around 281 temples in Chamarajanagar district alone as notified by the deputy commissioner’s office.

The decision was taken after Chamarajanagar deputy commissioner MR Ravi during a visit to the Himavad Gopalaswamy temple in the district, was apprised that the priests in temples of the area have been performing pujas in Sanskrit, Tamil and Telugu due to lack of training in Kannada.

Ravi after consulting with authorities of temples in the area, decided to issue an order asking all temples to perform pujas in Kannada.

Speaking to The Federal, Additional Deputy Commissioner CL Anand said, “Considering the locals’ needs and the tribal population in our district, we directed the temple to conduct rituals in the regional language so that people can understand them. The temple authorities cited lack of training as a reason, so we decided to organise workshops to be headed by senior priests.”

He clarified that they were not asking all rituals to be performed in Kannada, but only the basic ones like the archanas/sankalpas.

Citing the example of Catholic churches in Karnataka which conduct weekly prayers in Kannada, Anand the same model should not be a difficult task for Hindu temples to follow.

The deputy commissioner’s order comes at a time when the state endowment department is making all efforts to promote Sanskrit. Karnataka minister Kota Shrinivas Poojari recently said that a committee has been set up to study the pros and cons of using temple as institutions for learning Sanskrit, Vedas and the Agama Shastras (manual for worship, temple building and rituals) and help priests and those studying the Vedas in the state.

This is not the first time that an administrative unit has laid stress on the local language, bypassing the age-old reverence for Sanskrit language in religious rituals. The use of Sanskrit, has been opposed by the southern states, especially Tamil Nadu in the past. During the consecration of the Brihadeeswara temple in Tamil Nadu’s Thanjavur’s in January, a petition was filed in the Madras High Court, seeking a direction for the government and temple authorities to perform the rituals in Tamil.

While the state government filed an affidavit saying they would give equal importance to both Tamil and Sanskrit, it noted that latter language was given special status, particularly, ignoring the Tamil language.

A division bench of the high court, however, dismissed the plea saying it would not be appropriate for the court to interfere with the religious functions and ceremonies of the temple in question by giving any specific direction.

In 1998, a similar writ petition was filed in the Madras High Court seeking for a direction that all poojas, prayers, archanas, kumbabhishegam and other rituals should be held in Tamil. Even then the court had dismissed the petition, stating that it cannot compel the use of a particular language in exclusion of other languages in the religious institutions. It held that such an order, if issued, would not protect the constitutionally guaranteed right to profess, practice and to propagate one’s religion.

In another order in 2008, the court yet again had dismissed a similar request and said the choice is vested with the devotees to seek for their archanas to be performed either in Tamil or in Sanskrit and the petitioners cannot interdict their personal egos in the matter of a facility being provided to the devotees.

Related news: The unholy management of temples in Tamil Nadu