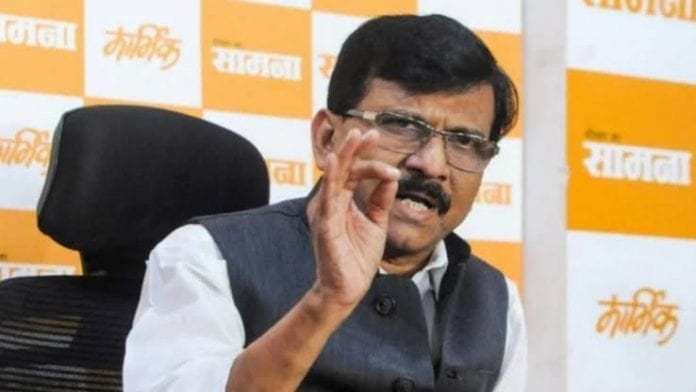 In a clear message to the BJP a day after a coalition government was sworn-in in Maharashtra, Shiv Sena leader Sanjay Raut on Friday (November 29) declared his party will form an anti-BJP coalition in neighbouring Goa.

“After Maharashtra, (it is) Goa,” the Rajya Sabha MP said, adding, “There will be a big movement across the country. We will form a non-BJP front.”

Raut also spoke to leaders of the Maharashtrawadi Gomantak Party (MGP) and Goa Forward Party (GFP), both of which are, like the Shiv Sena, former BJP allies. While GFP leader Vijai Sardesai met Raut in Mumbai and supported Sena’s proposal, MGP’s Sudin Dhavalikar said such a coalition was possible.

“There will be definitely an earthquake. Sardesai is here with all his MLAs. Some other MLAs, who have backed the (BJP) government, are in touch with us. A front is being formed with Sardesai in Goa like we did in Maharashtra,” Raut told reporters in Mumbai.

Earlier, Sardesai, who is also former deputy chief minister of Goa, said they will interact with people who are ready to oust the BJP government through a Maharashtra-like model. His remarks came after he, along with party MLAs Vinod Palyekar and Jayesh Salgaonkar, met Raut and NCP leader Praful Patel in Mumbai.

“Regional entities fight for local people. We intend to have such a (Maharashtra) type of experiment recreated in Goa to provide an alternative to the anti-people government of Pramod Sawant. We have been backstabbed by the BJP after helping it form government in the state (after February 2017 assembly polls),” he alleged. “Similar situation was faced by the Shiv Sena in Maharashtra…on that point we have a common ground,” he added.

(MGP) leader Sudin Dhavalikar told news agency PTI in Panaji that Raut called him in the morning and spoke about formation of a new coalition in Goa, and he reacted positively.

“A coalition of five parties — Congress, MGP, Goa Forward Party, Shiv Sena and NCP — can be formed in Goa to fight the 2022 Assembly elections,” Dhavalikar said.

At present such an alliance cannot pose any threat to the BJP government in Goa as the opposition does not have the numbers, he said. “Alternative government cannot be formed unless the Speaker disqualifies the members who crossed over illegally to the BJP,” he said.

No threat to Sawant govt: BJP

Reacting sharply to Raut’s statement, Goa’s deputy Chief Minister, Manohar Ajgaonkar said Raut should stop “day-dreaming”. “Does he know he has no MLAs in Goa? Please put this fact before him and then let him dream of miracle,” Ajgonkar said.

Stating that there was no threat to the Pramod Sawant government, he said, “Sanjay Raut is forming a coalition with Vijai Sardesai. Let them have elections. They will then come to know what the people of Goa are. Even in Maharashtra, the mandate was for BJP-Shiv Sena.”

“Looking at the work of the BJP government, 10 MLAs of Congress came to the BJP. Sawant is carrying forward the vision of (late) Manohar Parrikar. We will complete not only this five-year tenure but will also get the next five years,” he said.

The state Congress on Friday ruled out joining any front to topple the BJP government in the union territory, hours after Raut floated the idea of a coalition of opposition parties in Goa. Congress’s Goa unit president Girish Chodankar said his party will prefer to be in opposition rather than trying to poach ruling party MLAs to pull down the government.

“I would be happy to see the BJP government fall down in Goa. But there is no such possibility as BJP has the support of 30 MLAs. I would rather prefer to sit in opposition than toppling the government,” Chodankar said.

In the 40-member Goa Assembly, the BJP has 27 MLAs of its own and is backed by one independent MLA. Congress has five MLAs, GFP three, and NCP and MGP one each. Besides, there are two other independent MLAs.

Congress only does ‘aarti’ of Gan...

India vs NZ: Time for Ishan, Hooda to fire in...