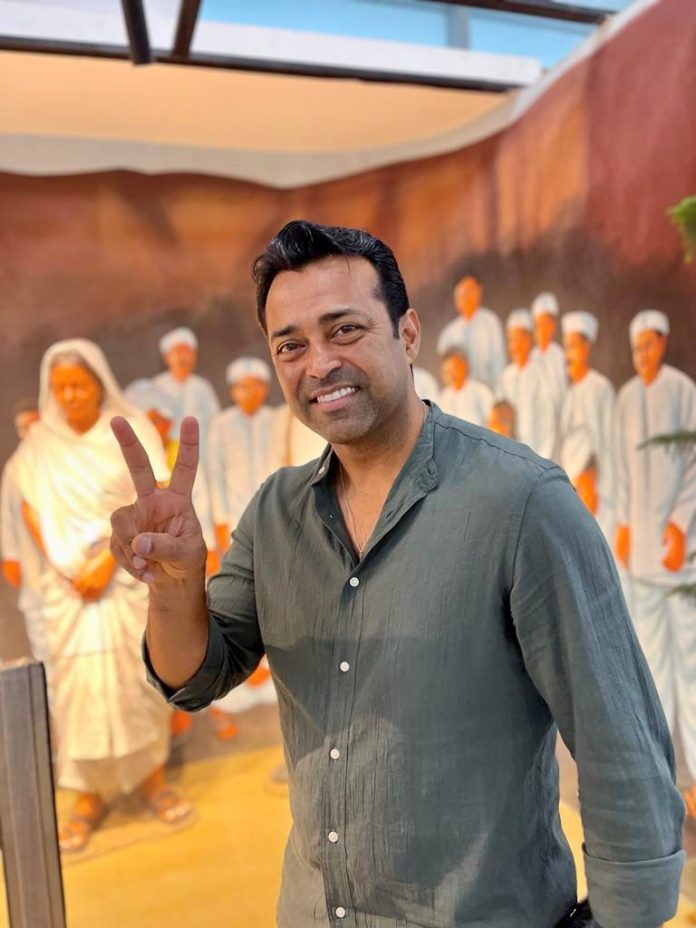 Back to his roots: Paes said that he sees huge opportunities to do good in Goa where he lives now

Former tennis star Leander Paes – who had joined the Trinamool Congress (TMC) in Goa ahead of next year’s Assembly elections – has said that he is “open” to contesting election and the decision would be up to TMC supremo Mamata Banerjee.

The TMC, which is making a pitch for Goa much to the consternation of national parties like the Congress and the BJP, plans to contest all 40 seats of the state Assembly.

When Paes was asked by the media whether he would be given a ticket and contest in the state elections, he replied, “I am open to contesting elections. Let Mamata Banerjee didi decide that”. Meanwhile, he is intent on learning since there is so much ground that he has to cover, reported NDTV.

The tennis legend had joined the TMC along with actor Nafisa Ali in the presence of West Bengal Chief Minister Mamata Banerjee during her visit to the state on Friday (October 29). He was approached directly by the party, said the Olympic bronze winner, whose mother hails from Bengal and his father is Goan.

In a conversation with reporters, Paes pointed out that he continues to play for India and has only changed the “vehicle”. His “relationship”” with Mamata Banerjee goes back many years,” he revealed, adding that when Mamata didi says something, she delivers. 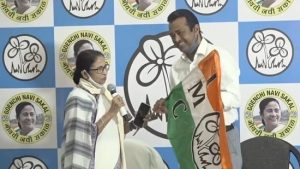 “She is a true champion,” Paes told NDTV. Asked about TMC’s performance in the previous 2012 Goa Assembly polls in which a number of their candidates had lost their security deposit, Paes reportedly said that winning and losing is a part of life but what matters is the “dedication, sincerity and honesty”.

Tennis had taken him away from his heritage but he is back now, said Paes, who had recently tweeted that he lived in Goa but was born in Bengal. According to Paes, he joined TMC because it is about doing India proud and to make a difference and give back to his roots.

“Didi’s vision is to make India, the largest democracy a successful nation. I’d like to join in and do my bit for every Indian,” he said.

I live in Goa. I Was born in Bengal, I’ve travelled the length and breadth of the nation. At the end of the day I am a patriotic Indian. For me it’s about doing India proud & to make a difference and give back to my roots. @MamataOfficial Didi’s vision is to make India, (1/2) pic.twitter.com/JpQ7TvlQ0N

“I see huge opportunities to do good in Goa. I play for India, only my vehicle has changed”, he told reporters.

At the press conference held to announce his entry into the TMC, Mamata had recalled meeting him when the sportsman was a teenager. She was the sports minister of the country when she had first met him. “I have got my younger brother and sweet and cute brother in the TMC,” she added.

While Paes had said he had met Banerjee when he was 14 and he recalled her being “very encouraging and supportive”. And, added that her support had enabled him as a young boy to embark on this game!

Meanwhile, the TMC which claims that Goa is almost a sister state to Bengal, Goa and Bengal both are coastal states that share equal fondness for fish and football.  During her visit last week, Ms Banerjee, amid chants of “khela hobe” – the party’s battle cry in the Bengal elections – even bought a couple of kilos of fish from a local market.