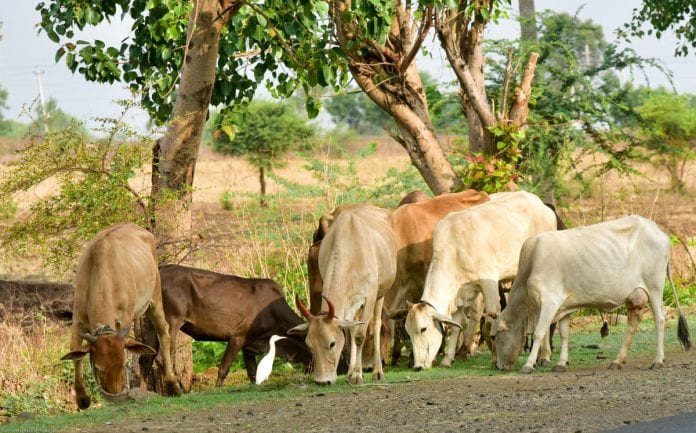 Granting bail to a man held for cow slaughter, the Allahabad High Court said the UP’s Prevention of Cow Slaughter Act is being used against “innocent persons”, while also questioning the genuineness of evidence submitted in such cases.

The court observed that meat seized in a number of cases are presented as beef, without any evidence or laboratory test neither the whereabouts of rescued cattle is known afterwards.

“Whenever any meat is recovered, it is normally shown as cow meat (beef) without getting it examined or analysed by the Forensic Laboratory. In most of the cases, the meat is not sent for analysis. Accused persons continue in jail for an offence that may not have been committed at all and which is triable by Magistrate 1st Class, having maximum sentence up to seven years,” the court said.

The high court was hearing the bail application of a man named Rahmuddin, who has been in jail since August 5 on charges of cow slaughter.

Hearing the case, the court said Rahmuddin has been in jail for a month even though the FIR filed against him by the local police showed no specific allegation against him.

Rahmuddin’s lawyer had said he was not arrested from the spot.

While there is no proper recovery memo, it is unclear where the cows are sent after recovery, the court said.

The bench headed by justice Siddharth also spoke about the treatment of cattle by their owners and the plight of stray cattle who are left to fend for themselves when they become useless for their owners.

“Owners of cows after milking, leave the cows to roam on roads, to drink drainage/sewer water and eat garbage, polythene, etc. Cows on the road are menace to traffic… cannot be transported… for fear of locals and police. Some way has to be found to keep them either in shelters or with owners,” the court said.

These cows, the court said, cannot be transported outside the state for the fear of locals and police and the bovines end up destroying crops instead.