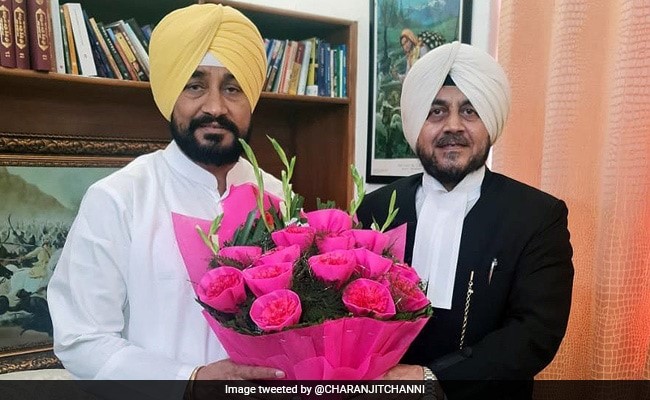 A day after Congress leader Navjot Sidhu threw down a new ultimatum to the Congress that he would assume charge as the Punjab Congress chief only after the state gets a new advocate general, APS Deol launched a scathing attack on Sidhu. He has accused Sidhu of trying to obstruct the functioning of the state government and the AG office and “spreading misinformation”.

Navjot Sidhu had demanded the resignation of APS Deol for representing two accused cops in the 2015 sacrilege and police firing case. Deol, who had been appointed as the new advocate general on September 27 had resigned on November 1.

In a brief statement issued on Saturday (November 6) morning, Deol lashed out at the ex-cricketer for “repeated utterances” that is aimed at disrupting the earnest efforts of the state to ensure justice in the ‘drugs matter’ and the ‘sacrilege cases’.

He also accused Sidhu of attacking his own government before the next year’s Assembly election and of “spreading misinformation to gain a political advantage over his political colleagues”. In his statement, Deol had written there is a concerted attempt by vested interests to malign the functioning of the Congress party in view of the coming elections in Punjab for their own selfish political gain, by politicising the constitutional office of the advocate general of Punjab.

APS Deol, who is a senior advocate of the Punjab and Haryana court, was appointed in September to the advocate general’s post, after Atul Nanda resigned following the exit of Amarinder Singh as Punjab Chief Minister.

Deol however made news earlier this year when he had secured the release of former director general of police (DGP) Sumedh Singh Saini, arrested by the vigilance bureau in a 2020 criminal case. Deol had appeared for Saini, among other accused, in the 2015 sacrilege cases before the Punjab and Haryana high court.

Several Sikh organisations had also opposed his appointment. Sidhu too hit out at CM Charanjit Singh Channi at a press conference on Friday. “It is the question of conscience of Punjab. Without moral authority, you cannot speak truth,” said the Amritsar East MLA, according to media reports.

Sidhu then threw a new ultimatum when he told reporters that he had taken back his resignation…but he would take charge only when a new advocate general is appointed. Sidhu had quit as chief of the Congress’ Punjab unit in September protesting against the appointment of APS Deol and Iqbal Singh Sahota, in the process kicking up a huge political storm after the Congress high command had stood by him in his feud with Amarinder Singh.

On Tuesday (November 2), a NDTV report quoting sources said Channi had refused to accept Deol’s resignation signalling that he and not Sidhu is in charge of the government. Sidhu’s attacks on the state government has led to this situation and this impasse on Deol’s resignation has reportedly infuriated Sidhu even more.

Sidhu asked reporters how a lawyer who got bail for Sumedh Saini be advocate general and a person like IPS Sahota (the Punjab’s police chief, Iqbal Singh Sahota, was the head of a SIT investigating the sacrilege case) be the DGP?

Elevating Sidhu to a leadership position in the Punjab Congress unit to sort out the infighting in the party seems to have badly misfired for the Congress. Besides losing a political stalwart like Amarinder Singh before a crucial Assembly election, Sidhu seems to  be on a collision course with CM Channi firing salvos against his own party and government.