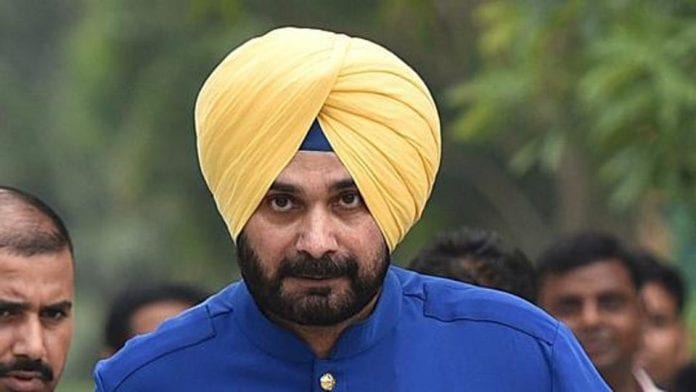 Congress leader Navjot Singh Sidhu on Friday said he has withdrawn his resignation as Punjab Congress chief, over a month after he took the decision to step down from the post.

“I have taken back my resignation,” Sidhu said, while addressing reporters in Chandigarh.

Sidhu, however, said that he will take charge as the Punjab Congress chief only the day the state gets a new advocate general.

“When a new advocate general is appointed, I will go to the party and take charge,” he said.

Sidhu had earlier expressed his reservations over the appointment of senior advocate APS Deol as the state’s advocate general. Deol had represented former DGP Sumedh Singh Saini, who headed the state police six years ago during the incidents of sacrilege and police firing on protesters. Sidhu asserted that offices of AG and DGP are crucial to take to logical conclusion the issues of Bargari sacrilege and drugs.

After coming under fire from Sidhu, Deol had resigned on Monday. The state government, however, hasn’t clarified if the resignation has been accepted yet.

Sidhu has also been demanding the ouster of IPS Sahota, who was the head of the Special Investigation Team formed in 2015 to probe the sacrilege case, as the chief of Punjab police.

“I have been reminding the new chief minister about these issues. Who was the torchbearer in exposing the drugs and sacrilege issue?It was our president Rahul Gandhi. We must resolve these issues,” he said.

While rumours are floating about the Congress considering a revival of ties with political analyst Prashant Kishor ahead of the Punjab polls, Sidhu said the decision on the same rests solely on the Congress high command.

“The party will decide…if chief minister wishes to hire him, it is the party high command (that will) decide,” Sidhu said.

Sidhu had resigned as the chief of the Punjab Pradesh Congress Committee on September 28, reportedly miffed for not being consulted by Chief Minister Charanjit Singh Channi in the appointment of the state’s top cop and top lawyers. In a letter to Congress president Sonia Gandhi, Sidhu, had, however, said he would continue to serve the party. He had taken over as the state party chief in July this year.

“The collapse of a man’s character stems from the compromise corner. I can never compromise on Punjab’s future and the agenda for the welfare of Punjab,” he wrote in the resignation letter. Congress general secretary and former in-charge of Punjab affairs, Harish Rawat had recently said Sidhu would continue as the state party chief.