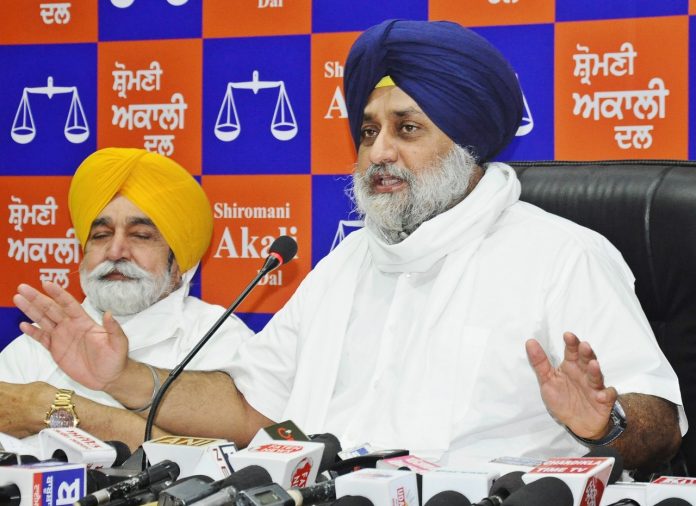 Months ahead of the Punjab Assembly polls next year, the Shiromani Akali Dal and the Bahujan Samaj Party have decided to stitch an alliance. SAD chief Sukhbir Singh Badal on Saturday (June 12) said his party would run for the state polls in alliance with Mayawati-led BSP.

Media reports said the two parties have also decided on seat-sharing. The BSP will contest 20 of the total 117 seats, while SAD will fight on 97 seats. “Today is a historic day… A big turn in Punjab politics,” Badal said in a joint press conference.

The Akali Dal was the oldest ally of the BJP and the two shared power in Punjab and at the Centre for several terms. Last year, the Akalis quit the BJP-led National Democratic Alliance over the three new agricultural laws, which sparked off massive protests by farmers, which continue to rage in several parts of the country.

“These are black laws,” Sukhbir had said, first withdrawing his MP wife Harsimrat Kaur Badal from the Union Cabinet, and then withdrawing from the NDA.

The Akali Dal had also said it was also leaving the NDA due to the Modi government’s “continued insensitivity” towards Punjabi and Sikh issues like excluding Punjabi language as the official language in Jammu and Kashmir.

The BSP has had substantial pockets of influence in the state. Though it did not win any seat in the 2019 Lok Sabha elections in Punjab, it surprised many by finishing third on the three seats it contested, doing better than the AAP.

Facing erosion of its vote bank over the past several years in the state, the BSP garnered vote share of 3.49 per cent as against 1.9 per cent in 2014. The party polled 4.79 lakh votes in the state this general election.

6:30 AM, 10 December, 2022 0
Every other vehicle purchased today is a compact SUV, dominating the Indian passenger car market; Maruti is hence pushing its Grand Vitara and Brezza models