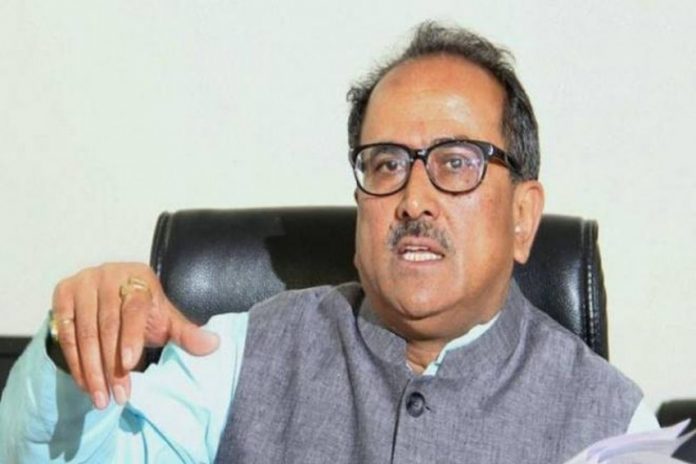 Singh and his family had moved into the palatial bungalow near the Army’s ammunition sub-depot at Ban village of Nagrota on July 23 last year. This was done despite a high court order in May 2018 directing authorities to “strictly” implement a 2015 notification barring general public from carrying out any construction within 1,000 yards of defence works, said media reports.

The demolition order by the authority dated November 8 directs them to “remove the illegal structure on your own level within five days from the date of the issuance of this order”. Further, the order stated that if they fail to remove the illegal construction within the stipulated period of time, it will be demolished by the JDA’s enforcement wing. Moreover, the cost of removal shall be recovered from them as arrears of land revenue.

“The matter is sub-judice and I will be consulting my lawyers for future course of action,” the BJP leader told PTI, confirming the receipt of the notice issued by the JDA on November 8. A senior JDA official, who preferred to remain anonymous told Indian Express that they would wait for the time given to demolish the structure to see what “action the party takes”.

Nirmal Singh has claimed that he is being “singled out”. “It appears to have become part of the agenda of some people to get this politicised,” he said, the IE report added.

According to Singh, there are thousands of houses being constructed in Jammu even today, but a jihadi group has been after him. Bathindi is being overlooked, at how the houses of (NC leaders) Farooq Abdullah and Omar Abdullah have come up there. “There should be rule of law, but why am I being singled out,” he asked. He did not give any more details about the jihadi group he referred to.

The construction work on the plot had started in 2017 prompting the Army to send a communication to Singh, who was then deputy chief minister of J&K in the PDP-BJP coalition government, asking him to stop the activity since it violated the Works of Defence Act (WoDA), 1903 which bars any construction activity up to 1,000 yards (914 metres approximately).

The construction activity falls nearly 581 yards from the boundary of the depot. But action was not taken, said media reports. Nirmal Singh remained in office till April 30, 2018.

Raising security and safety concerns in view of the building’s proximity to an ammunition depot, the Centre had filed two petitions before the high court. The petition was filed after civil and police officials failed to stop construction activity despite written requests from top Army officials at Nagrota-based 16 Corps Headquarters.

Despite the high court’s order for strict implementation of the order of the deputy commissioner, the construction work continued unabated prompting the Centre to move a contempt petition on May 16, 2018.

Officials in the defence ministry have maintained that due to terrorist activities, concerns regarding security of such sensitive defence installations have always assumed importance. And, the guidelines such as the Works of Defence Act are meant to prevent such threats as well as cater for the safety of the civilians residing in the vicinity. Also, such construction activity reduces the open area for surveillance and monitoring by the Army too.

It may be recalled that in 2018, Nirmal Singh had tendered his resignation to pave the way for state Assembly Speaker Kavinder Gupta to take over the post in the PDP-BJP government led by chief minister Mehbooba Mufti.