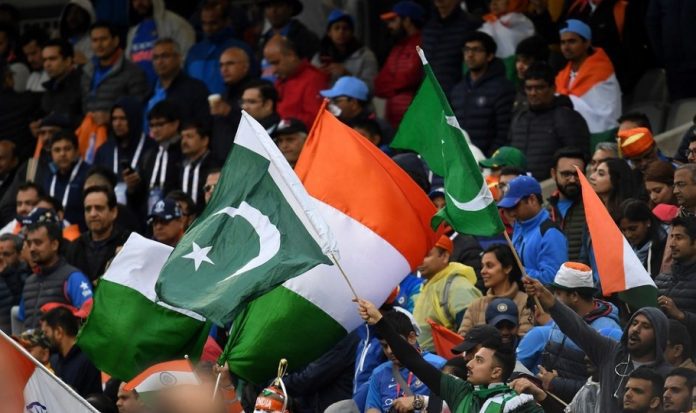 Three engineering students from Kashmir, studying in Raja Balwant Singh College in Agra, had no idea that their alleged appreciation of the Pakistani cricket team after its stunning victory over India by 10 wickets at the T20 World Cup in Dubai on October 24, would land them in prison.

Back home, the hapless families of the trio are in a state of shock and disbelief.

Parents of the three students hailing from north Kashmir’s Bandipora and central Kashmir’s Budgam districts said that they have no idea or information on what their sons had posted on their social media platforms during or after the India-Pakistan match in the United Arab Emirates.

The Uttar Pradesh police arrested the trio on October 27 for allegedly raising pro-Pakistan slogans and lauding the Pakistan team’s win over India on social media. The three were later booked for sedition.

All the three – Showkat Ahmad Ganai (Bandipora), Arshad Yusuf, and Inayat Altaf (both from Budgam) –hail from underprivileged backgrounds and their families lack the wherewithal to ensure their release from jail.

Pictures of the trio outside an Agra court, where they were reportedly heckled by right-wing activists have gone viral, causing deep anxieties to their family, relatives and close friends.

“I am worried about the fate of my son Showkat. I don’t know what the matter is. I am being told that he has been arrested after the India-Pakistan cricket match. If he has erred, he should be forgiven on compassionate grounds,” Showkat’s father Mohammad Shaban Ganai told reporters outside the Press Enclave in Srinagar.

Ganai, who works a labourer, said that he has no financial resources to fight a legal case for his son’s release. “My son was my only hope to end our family’s collective ordeal,” he said.

Stating that Showkat has had good academic record so far, Ganai said his son had aspirations to start his career in a well-known company after completing his engineering degree.

Families of the three students are worried that their careers may take a wrong turn now that sedition charges have been pressed against them.

Arshad Yusuf’s maternal uncle Bilal Paul said his sister has been doing menial chores in the neighbourhood houses to raise the boy. “It has been a struggle for her to provide education to her son,” Paul said.

He said Nasir Khuehami, the national spokesperson of the Jammu and Kashmir Students’ Association has hired the services of a legal team to fight the cases of all three students.

Khuehami says the trio were not produced in court on November 10 due to threat from right wing activists. The court, he said, heard the case through video conferencing. “The judicial remand of the three students was extended for 15 more days,” he added.

“As per the families and our team of lawyers, the health condition of all three students is deteriorating. There is a sense of fear among the Kashmiri students and also their family members who have travelled from Kashmir to Agra,” Khuehami told The Federal.

The student leader has hired the services of prominent lawyer Madhuvan Chaturvedi to fight the case.

“Madhuvan Chaturvedi has filed a petition in the Allahabad High Court with the aim to get the case transferred from Agra to either Mathura or Aligarh. We are hopeful of a breakthrough soon in this case,” Khuehami said. He said that since the students were manhandled on the Agra court premises by the right-wing lawyers, the families are in a perpetual sense of insecurity and fear.

Is cheering for a favourite team a crime?

The case has stirred a debate on whether cheering for one’s favourite team in sports constitutes a crime and invites sedition charges.

On November 9, The Indian Express published a scathing editorial on the arrest of lawyers, journalists, and social media users under the draconian Unlawful Activities (Prevention) Act (UAPA). The editorial described the act of booking lawyers and journalists in Tripura under UAPA, after the reported communal tensions, as “one more example of the flagrantly excessive use of a draconian law.”

Swaminathan S Anklesaria Aiyar, consulting editor of The Economic Times, in a column argued that, “in theory, the Indian political parties support the Constitution’s freedom to dissent. In practice, they seem to deny Kashmiris these freedoms fearing it could stoke a violent uprising.” “Cheering a cricketing opponent may be unpatriotic, but certainly not seditious,” he wrote.

In several democracies, especially the member nations of the European Union, many German nationals support their rival country Netherlands or even Turkey or Brazil during the tense FIFA World Cup and Euro Cup football matches. This is considered a normal behaviour throughout Europe.

Besides, Indian expatriates living in the United Kingdom, Australia, South Africa, New Zealand and the Middle East could be seen waving the Indian tricolour when India plays against England, Proteas, Kiwis, and other opponents in these countries. Cricket enthusiasts of Indian descent are neither booked under sedition charges nor trolled on social media in the UK and Australia for cheering for India.

Meanwhile, all major unionist parties in Jammu and Kashmir staged protests in Srinagar, while demanding “withdrawal of cases against the Kashmiri students and an end to the atmosphere of repression and intimidation.”

In Srinagar, the women’s wing of the J&K National Conference (NC) organised a demonstration against the arrest of three students under the leadership of its president Shameema Firdous.

“The Uttar Pradesh police are victimising these poor kids and their families. The innocent youth are being used as cannon fodder by the ruling party in Uttar Pradesh. Such behaviour by police is unacceptable,” the protesters said.

The People’s Democratic Party (PDP) also deplored the action by the Uttar Pradesh police against the three Kashmiri students. PDP president and former Jammu and Kashmir chief minister Mehbooba Mufti while demanding immediate release of the three students said: “Crackdown on Kashmiri students both within Jammu and Kashmir and outside is reprehensible. Situation in Jammu and Kashmir after two years of suppression should have been an eye opener for the government and lead it to course correction. The BJP’s pseudo patriotism disregards the idea of India.”

The Agra incident came soon after two medical students in Kashmir were booked under UAPA for allegedly celebrating Pakistan’s win over India. However, an internal inquiry by one of the medical colleges did not find the students guilty.

Let us play, enjoy the game, appreciate skills, and cheer for whoever plays well on a given day! Just like the mature crowd at Chennai’s Chepauk Cricket Stadium in 1999 when they applauded the visiting Pakistani team after they beat India by 12 runs in a thrilling Test match. Wasim Akram, then Pakistan’s skipper, fondly remembers the 1999 tour as one of his favourites. The spectators in Chennai gave a standing ovation to the Pakistani cricket team.

At one point in time, cricket diplomacy would bring India and Pakistan on a negotiating table. Cricket should unite people, not divide them.

(An earlier version carried an incorrect picture with this story. The picture has been changed since.)