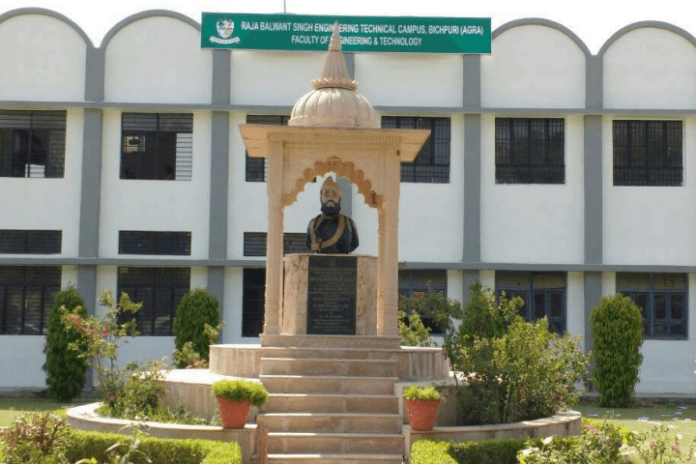 Activists led by Gaurav Rajawat of Bharatiya Janata Yuva Morcha (BJYM), BJP's youth wing, had stormed the campus of the college after they learnt that slogans supporting Pakistan had been allegedly raised.

India may have lost its opening T20 World Cup match against arch-rival Pakistan by 10 wickets, but the aftermath of that loss is still playing out in different parts of the country. Three Kashmiri students, after being suspended by their engineering college in Uttar Pradesh’s Agra for celebrating Pakistan’s win, were arrested on Wednesday.

Chief minister Yogi Adityanath, in an interview with a Hindi publication which was shared by the official Twitter handle of his office, said the students will face sedition charges.

Meanwhile ,a private school teacher in Rajasthan’s Udaipur, who was sacked after she posted a ‘celebratory’ WhatsApp status following Pakistan’s victory over India in the World Cup T20 match on Sunday, has also been arrested.

The three engineering students belong to Raja Balwant Singh College in Agra. Arsheed Yousuf and Inayat Altaf Sheikh are in their third year of college, while Showkat Ahmed Ganai is in his fourth.

They have been charged with promoting enmity between groups on grounds of religion, and cyber-terrorism, said an NDTV report.

The college had earlier suspended the students on Monday (October 28) on the grounds that they were involved in the “indiscipline act of posting status in favour of Pakistan” after the India-Pakistan match.

Four more people have been arrested in the state; three in Bareilly and one in Lucknow.

According to the police, after the match, anti-national remarks were made and they had received a complaint. Vikas Kumar, Superintendent of Police, Agra City, told news agency ANI that an FIR was lodged and the students were arrested after a probe.

The arrest was triggered when activists led by Gaurav Rajawat of the Bharatiya Janata Yuva Morcha (BJYM), the BJP’s youth wing, stormed the campus of the Raja Balwant Singh Engineering Technical college after they learnt that slogans supporting Pakistan had been allegedly raised.

The BJYM members in turn then reportedly raised slogans against Pakistan and accused the college of “sheltering traitors”. The BJYM leader then filed a complaint against the Kashmiri students after which they were arrested.

A press conference however was called by the college administration the next day, in which the administration defended itself. They also lashed out at “outsiders” for having entered the college campus without permission in cars and reaching the hostel gate.

“Is this appropriate? Provoking students and telling them the college is involved in anti-national activities. That we are providing a safe haven to the wrong people,” said a college representative, according to media reports. He said that the group should have met the institution’s director and enquired about it and not created a ruckus.

The college was not anti-national and the RSS chief, the state Chief Minister and Governors of different states have paid visits here, he added.

The students have been taken to the Jagdishpura police station in Lohamandi, and will be presented in front of the magistrate. The FIR was registered under sections 153 A and 505 (1)(b) of the Indian Penal Code and section 66F of the IT Act 2008.

Nafeesa Attari, a teacher at Neerja Modi School Udaipur, had put out a picture of Pakistani players with the caption, “Jeeeet gayeeee We wonnn”. She was arrested by Udaipur’s Ambamata Police and was produced before a court on Wednesday (October 27). The court then sent the teacher to jail, said an India Today report.

The teacher has been booked under IPC section 153 (B) (Imputations, assertions prejudicial to national integration).