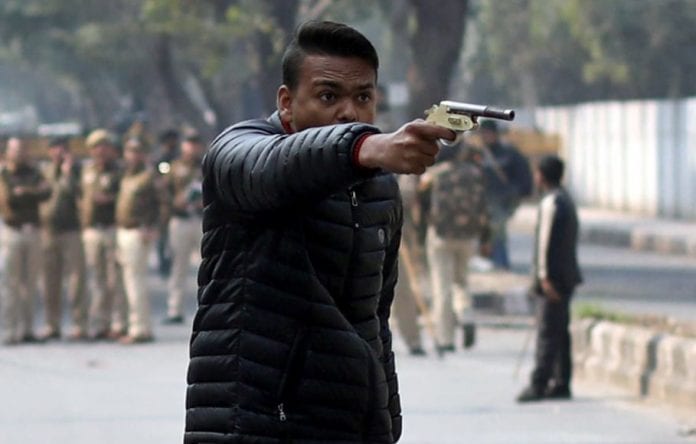 A Gurugram court has rejected the bail plea of a teenager accused of delivering inflammatory and communal speeches at a mahapanchayat in Haryana.

Judicial Magistrate Mohammad Sageer said people who give such speeches and create disharmony are more harmful to the country than COVID-19.

“Hate speech based on religion or caste has become fashion nowadays and police also seems to be helpless… dealing with such incidents,” the order said. “Such kind of people who are trying to create disharmony and imparting hatred amongst the common people are actually harming this country more than the pandemic.”

The court also observed that hate speech lays the groundwork for subsequent broader attacks including, in the most extreme cases, genocide.

“Hate speech lays the groundwork for later, broad attacks on vulnerable that can range from discrimination, to ostracism, segregation, deportation, violence and, in the most extreme cases, to genocide. Hate speech also impacts a protected group’s ability to respond to the substantive ideas under debate, thereby placing a serious barrier to their full participation in our democracy,” it said.

He seems to be very proud of his antecedents. He even instigated to kill persons of a particular community & chanted slogans in this regard. Slogans and languages used by him, are clearly offensive and aimed to promote enmity between different religious community.#rambhaktgopal pic.twitter.com/UMC4WNXqe0

“The act of the accused i.e. hate speech qua instigating abduction and killing of girls and persons of a particular religious community is itself a form of violence and such people and their inflammatory speeches are obstacle to the growth of a true democratic spirit. It leads to destruction of our society as people will fight based on religion,” the order said.

Also see: As UP polls near, a lynching prompts fringe groups to go back to old tricks

Regarding the accused, the order took note of his criminal history and said “he is not a simple innocent young boy” and appears to be “very proud of his antecedents”.

“The concession given by the courts of law due to his minority has not been taken in good sense by this accused. Rather it seems that he has taken the concession in wrong perspective that he can do anything even to destroy the very fundamental feature of the Constitution which we called ‘secularism’ by his hate speech and also that there is no force to stop him as if he is protected by some indefeasible forces and the Rule of Law does not exist in our country.”