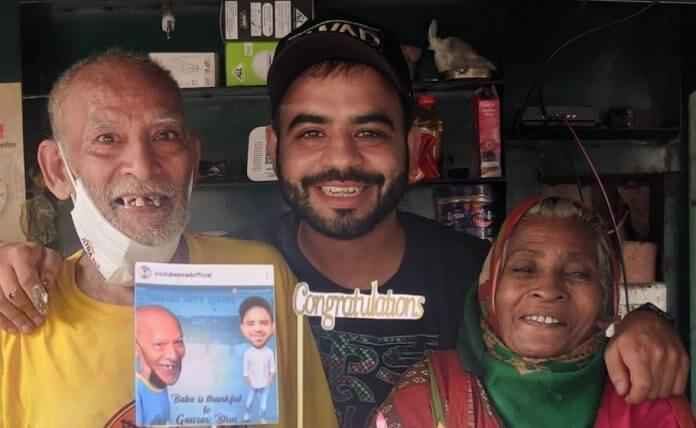 Kanta Prasad, owner of the famed ‘Baba Ka Dhaba’ in South Delhi’s Malviya Nagar area, was admitted to Safdarjung Hospital on Thursday (June 17). Local police said the 81-year-old had tried to take his own life.

Atul Kumar Thakur, deputy commissioner of police, told the Press Trust of India that Prasad was taken to the hospital at 11.15pm. “Police reached the hospital and collected MCL [medico-legal case], which mentions the intake of alcohol and sleeping pills as the cause of unconsciousness,” Thakur said.

“I don’t know what he ate, what he drank. They took him to hospital after he fell unconscious. Doctors have not told us anything. I don’t know what he was thinking,” Devi told the reporters. Prasad’s son, Karan, informed the police that his father was in an inebriated state and had taken pills.

The Baba Ka Dhaba roadside eatery became famous last year when a YouTuber named Gaurav Wasan posted a video of Prasad and his wife in tears in October 2020. The video showed the couple talking about their financial crisis. The video shot through the YouTube algorithm and donations poured in from all over the country.

Prasad used the donations to convert his eatery into a restaurant, which opened in December 2020. Even though the restaurant was successful at first, eventually profits waned. The restaurant shut down in early 2021.

“I shut the restaurant on February 15. It took around ₹1 lakh to run it, but the returns were very poor,” Prasad told news agency ANI. His wife further mentioned to reporters that Prasad was only making ₹30,000.

In November 2020, Prasad lodged an FIR against Wasan accusing him of allegedly swindling donations. He recently apologised to Wasan for doing so.