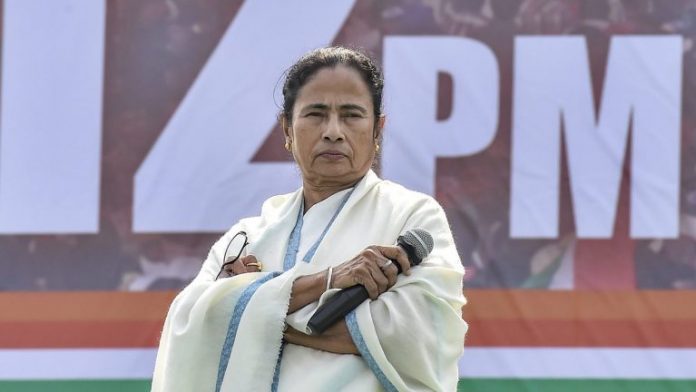 In what can be called a political masterstroke, Chief Minister Mamata Banerjee has appointed Bandyopadhyay as Chief Adviser to the West Bengal government for three years

There is no dearth of drama in West Bengal — election or not.

In a new twist to the Centre-State tussle over the Chief Secretary’s central deputation, Bandyopadhyay “retired on superannuation”, before he was slapped with any kind of disciplinary action by the Centre for not obeying their orders.

It was Chief Minister Mamata Banerjee who announced that Bandyopadhyay will now serve as her chief advisor.

Also read: ‘Don’t insult me like this,’ Mamata tells Modi as row over meeting escalates

Bandyopadhyay, who was supposed to report to the Department of Personnel and Training (DoPT) in New Delhi by 10 am on Monday (May 31) stayed put in Kolkata and blithely continued to hold meetings at the state secretariat office. Union government officials had even told News18 that the DoPT is “likely to initiate disciplinary proceedings if the Bengal CS does not join on central deputation, as ordered.”

Bandyopadhyay, a 1987-batch IAS officer of the West Bengal cadre, was scheduled to retire on Monday (May 31). However, he had been granted a three-month extension till August 31 by the Centre on the state’s recommendation to work on COVID management and Cyclone Yaas relief measures.

This extension was given to him on May 24, but he was suddenly deputed to the Centre. Amid the row over his deputation the Centre, Bandyopadhyay decided against availing the extension.

“He (Bandyopadhyay) requested me to allow him to retire. I agreed respecting his wish. But since we need his service, he has been retained as chief advisor to the Chief Minister,” Mamata added. Minutes before Mamata announced the latest development, the Centre had dashed another letter asking Bandyopadhyay to report to New Delhi on Tuesday.

The second letter came after chief minister in the morning conveyed to Prime Minister Narendra Modi her government’s decision not release Bandyopadhyay for the central deputation. “We have received the letter (second) around 5pm. But by that time he has already retired,” the Bengal Chief Minister told the media.

Home Secretary HK Dwivedi has been appointed as the new Chief Secretary while B P Gopalika has been made the state home secretary. The new assignment of Bandyopadhyay, a 1987-batch IAS officer of West Bengal cadre, is for three years, chief minister added.

The tug-of-war between the Centre and the State over Bandyopadhyay stated on Friday (May 28) ostensibly as a fallout of the Chief Minister skipping a cyclone review meeting with the Prime Minister.

Hours after the CM excused herself from the meeting, which was allegedly turned into a political exercise with the attendance of BJP MLA Suvendu Adhikari, the Centre recalled Bandyopadhyay to Delhi.

Criticising the Centre’s decision, Mamata alleged the BJP-led central government was pursuing “vendetta politics” as it could not digest its defeat in the recently concluded assembly elections. She also called upon all Chief Ministers, senior politicians, bureaucrats and intelligentsia to raise their voice and stand up against the Centre’s “autocratic approach.”

The relations between Banerjee’s Trinamool Congress government and the Bharatiya Janata Party at the Centre have been volatile and fractious since the two fought a no-holds barred, vicious war to win the state Assembly elections in April-May. And, much to the Centre’s chagrin, the TMC walked off with the laurels to win a third consecutive term.

The TMC leadership had sharply criticised the Centre’s decision to transfer Bandyopadhyay just days after extending his retirement for three months.

Bengal CM Mamata Banerjee had shot off a letter to the PM on Monday (May 31) saying that she was “shocked and stunned” by the “unilateral order” transferring Bandyopadhyay to the Centre. In a five-page letter, Banerjee affirmed that her government of Bengal will not release its Chief Secretary at this “critical hour”.

She referred to the earlier order of extension as one that had been issued after lawful consultation in accordance with applicable laws and that will remain “operational and valid,” she wrote on Monday. Calling this “so-called unilateral order” as an “unreasoned volte face”, she had urged the PM to reconsider the decision and rescind the order in larger public interest.

“I am sure you will not inflict further suffering on the people of this state by taking away the services of an experienced officer, suddenly without any consultation and with no prior notice, whose continued presence in my state in these difficult times was accepted to be vital and necessary by your government four days back,” pointed out Banerjee in the letter, said media reports.

Rajya Sabha member and advocate Sukhendu Sekhar Ray too lambasted the Centre’s move on Twitter stating that in the absence of any proposal from the Centre for ‘concurrence’ of the State under Rule6(1) of IAS Cadre Rules,1954, “the unilateral order for placement of Chief Secretary of Bengal in Central Service is arbitrary, vexatious and ex facie illegal. This requires to be deprecated, cancelled”.

Meanwhile, the Centre had quoted the Rule 6(1) of the IAS Service Rules to order the bureaucrat to join on deputation, which also states that in the eventuality of a disagreement between the Centre and the state on the issue of deputation of an officer, the Centre’s view will prevail.

The Centre reportedly had two options after the Chief Secretary flouted the Union government’s order. Either they could have withdrawn the extension for retirement or served him with a show cause notice.

This is not the first time, Banerjee had refused to part with her senior government officers. In December, the Centre had transferred three IPS officers to other units such as the Bureau of Police Research and Development, Sashastra Seema Bal and Indo-Tibetan Border Police, allegedly because they had failed to prevent an attack on BJP president JP Nadda’s convoy. The three officers however continue to serve in the state.

With Mamata’s latest move, it remains to be seen what will be the Centre’s next move.

Face-offs between Centre and State over transfers of government officers

The Centre and the state have had face-offs earlier and not just in West Bengal.

In 2001, three IPS officers — then Chennai police commissioner K Muthukaruppan, joint commissioner Sebastian George, and deputy commissioner Christopher Nelson— were transferred to the Centre, after a midnight raid on former CM M Karunanidhi’s house. But, another strong regional stalwart, J Jayalalithaa took on the Atal Bihari Vajpayee government and refused to release them. The IPS officers went on to retire from the state.

In 2014, in the state of Tamil Nadu again, IPS officer Archana Ramasundaram was deputed to the Central Bureau of Investigation in 2014. The Tamil Nadu government however refused to release her but the officer reportedly defied the state’s order. The TN suspension order against her fell by the wayside because Ramasundaram had joined the CBI by then.