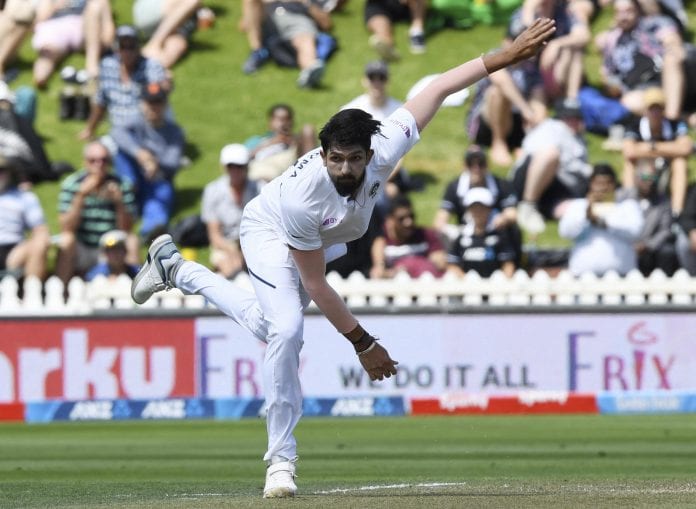 Ishant Sharma was the pick of the India bowlers as he claimed five wickets on Day 3 of the first Test encounter against New Zealand in Wellington in 2020.

Ahead of the World Test Championship final in which India will take on New Zealand at Southampton, former speedster Ashish Nehra has pinned hopes on the fast-bowling trio of Mohammed Shami, Ishant Sharma and Jasprit Bumrah to see Team India through.

The former fast bowler, who played 17 Tests for India, spoke to The Telegraph about the possibility of Mohammed Siraj too performing well. Siraj played five Tests and had a magnificent outing in the three matches played in Australia. Nehra says Siraj will be included if the hosts prepare a green wicket.

He also backs R Ashwin and Jadeja as the two spinners for the WTC final.

Also read: Not Kohli or Rohit, guess who intimidates bowler Amir the most

“If you come across a green top, then you certainly can think of including an extra pacer, which I feel should be Mohammed Siraj given how well he has been bowling. But otherwise, I think the bowling attack should be Ishant, Bumrah and Shami as the three fast bowlers, with (Ravichandran) Ashwin and (Ravindra) Jadeja as the spinners,” Nehra said.

Earlier May, the BCCI declared a strong 20-member squad for the WTC final and the subsequent five-Test series against hosts England. Those on the comeback trail are Hanuma Vihari, Ravindra Jadeja and Mohammed Shami.

Also read: This Indian cricketer, now in UK, is a COVID saviour for masses back home

Nehra says the batting abilities of Jadeja and Ashwin would be a bonus for both the players. Ashwin scored a century against England during the second Test in Chennai, and batted brilliantly to save the Sydney Test against Australia.

“The advantage of playing with this attack is that Ashwin and Jadeja can contribute with the bat too, and runs scored by the lower order turn out to be priceless. If Jadeja and Ashwin are in the XI, the team will have all bases covered in terms of bowling,” says Nehra.