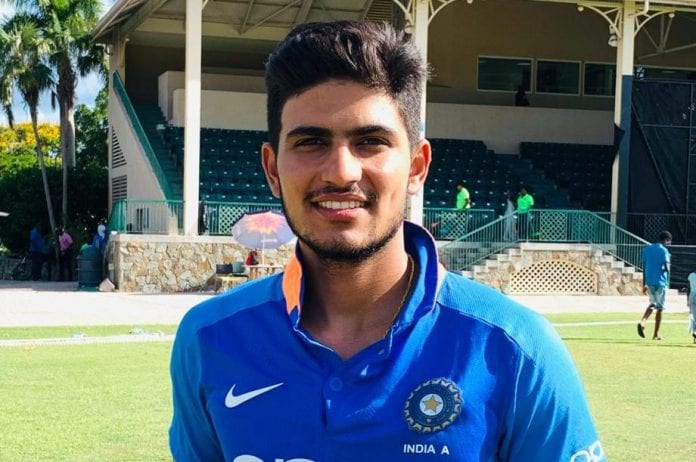 Shubman Gill, 21, is expected to play an important role in the upcoming tour | Photo: Twitter

Ahead of India’s next international assignment in England, fielding coach R Sridhar has heaped praise on Shubman Gill, calling him “the most complete athlete I have seen”.

India will begin their tour with the World Test Championship (WTC) final against New Zealand in Southampton followed by a five-Test series against England.

“Shubman, I feel he is the most complete athlete I have seen. He is slim, tall, runs fast and has got good hand-eye coordination,” Sridhar told The Times of India.

“On most occasions when a new player comes in, we know his strengths and weaknesses as we would have seen him play in the IPL or in India ‘A’. My job as the fielding coach is to make sure his mindset is in tune with the national team,” Sridhar said.

Asked whether India could be under-prepared ahead of the final, as New Zealand will play a two-Test series against England in the coming weeks, the coach said lack of game time is not expected to pose a problem. “I feel being under-prepared could work in our favour because our players will be more than ready mentally,” he said.

“Our players have been playing non-stop cricket for the last few months. It’s unfortunate that the IPL had to be suspended [because of COVID-19]. I am sure that the players are keeping themselves fit during this period of quarantine and will be fresh for the WTC final.”

Sridhar said New Zealand have top-quality batters, bowlers and fielders, adding that the team that execute their plans well will have the advantage. “We have played them before and know what to expect from their side. We will have our plans ready and it will all boil down to how we execute them on that given day.”

Asked if India had done anything different training-wise as they will be playing with Dukes balls in the final, Sridhar said: “We have trained and played with the Dukes balls before and so we all know what’s expected in England. The experience of touring and playing in English conditions before will hold us in good stead during our trip to England.”