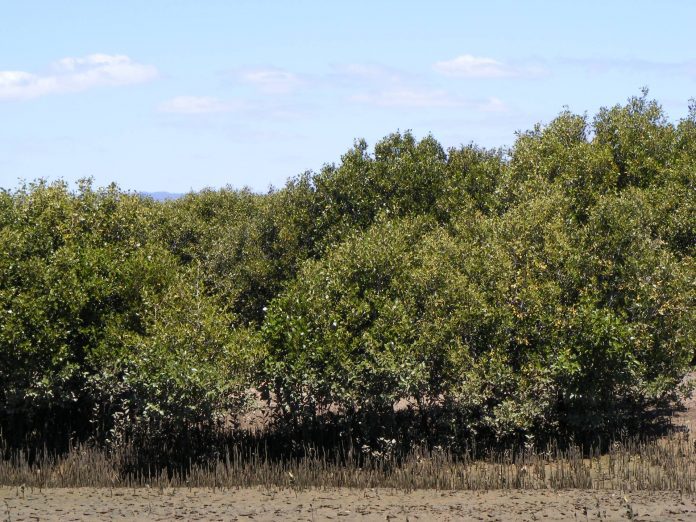 The scientists have found that about 12 percent of the Avicennia marina genes (3,860) constitute the `salinome’ - the set of genes that are associated with salinity tolerance

A team of Indian researchers have reported a reference-grade genome of a highly salt tolerant mangrove species that can be used to meet the increasing need for food production in the wake of a growing world population. The mangrove, Avicennia marina grows optimally in 75 percent seawater, and can tolerate even 250 percent seawater.

It is estimated that the world population could increase by more than 20 percent to about nine billion by 2050. With two billion people already not having sufficient food, crop production needs to increase significantly to feed the ever-increasing global population.

Availability of water is a significant challenge to crop production in dryland areas, which accounts for about 40 percent of the world’s total land area. Further, salinity, another water-related problem, is prevalent in about 900 million hectares.

Water makes up about 71 percent of the earth’s surface. But 96.5 percent of the water is saline seawater, which is unsuitable for growing plants. However, an exception to this are the mangrove plants that thrive in seawater.

Scientists have been studying the mangrove plants’ remarkable adaptions to an otherwise harsh ecological setting. Among other things, it has been found out that mangroves have specialized roots with hydrophobic barriers and ultrafiltration mechanisms that prevent salts from getting in. However, a lot more remains to be known.

The advances in genome sequencing and assembly technologies have enhanced the understanding of many plants and animals.

While gene expression analysis and whole-genome sequencing studies are beginning to provide a molecular understanding of the mangrove plants, reference-grade genome assembly, which is essential to carry out a comprehensive study on salinity tolerance genes at the whole-genome level, is not available for any mangrove species.

In the new study, a joint team of researchers from the Department of Biotechnology’s Bhubaneswar-based Institute of Life Science; Annamalai University, Parangipettai, Tamil Nadu; and SRM Institute of Science and Technology, Kattankulathur, Tamil Nadu, has filled the gap.

They sequenced the genome and analysed the salinity tolerance genes of Avicennia marina, an extremely salt-tolerant mangrove species. They have come up with a reference-grade genome that contains 31,477 protein-coding genes.

Further, the researchers found that about 12 percent of the A. marina genes (3,860) constitute the `salinome’ – the set of genes that are associated with salinity tolerance. This is the first-ever reference-grade genome of any mangrove species worldwide. The scientists said that the findings are significant as they could eventually help develop salt-tolerant agricultural crops.