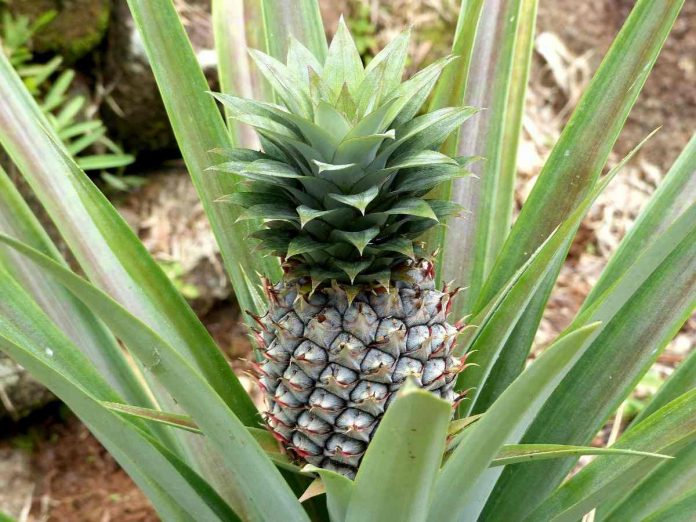 Pineapple-based agroforestry, traditionally practiced by ethnic ‘Hmar’ tribe in southern Assam, can be a sustainable alternative to shifting cultivation (jhum) in North East India, according to a recent study.

“Researchers are looking for agroforestry options that would also offer high carbon storage potential and tree diversity to couple this with solutions for challenges of climate change and biodiversity loss,” a statement released by the DST said.

Jhum cultivation, also called swidden agriculture, the dominant agricultural practice in the region, has become unsustainable, primarily due to the reduced fallow cycle resulting in depletion in soil fertility, severe soil erosion, and low agronomic productivity. Hence, North East India and many south Asian countries are shifting to agroforestry and high-value cropping systems from traditional jhum practices over the past decades, which are considered sustainable and profitable alternatives.

The study assessed the tree diversity and ecosystem carbon storage through the traditional agroforestry system practiced by the local communities. It showed that the system they practice maintains a steady ecosystem carbon stock while reducing land-use-related carbon emission and providing additional co-benefits to the communities.

The research team, led by Arun Jyoti Nath, Associate Professor in the Department of Ecology and Environmental Science, Assam University conducted this study in the ethnic villages located in the Cachar district of Assam, which is the center of global biodiversity hotspot.

Researchers found that farmers apply traditional knowledge for tree selection through prior knowledge and long-term farming experience. Additionally, fruit trees such as Areca catechu and Musa species, are planted on farm boundaries as live fences.

The live fence reduces soil erosion and acts as a windbreak and shelterbelt. A combination of economically important trees like Albiziaprocera, Parkiatimoriana, Aquilariamalaccensis, as well as fruit trees like papaya, lemon, guava, litchi, and mango with pineapple, caters for both home-consumption and selling all year round.

The research shows that the practice can be applied for the REDD+ mechanism to add to the carbon capturing and reducing deforestation by contributing to tree cover, which may further incentivize against the carbon credit to the poor farmers.

Pineapple agroforestry systems (PAFS) are dominant land use in the Indian Eastern Himalayas and other parts of Asia and are mostly grown in association with multipurpose trees. The ethnic ‘Hmar’ tribe in southern Assam has been cultivating pineapple for centuries.

Currently, the ‘Hmars’ practice the indigenous PAFS for both home consumption and boosting economic benefits. They have applied traditional knowledge to evolve a unique agroforestry system.

The study, published in the Journal of Environmental Management, provides information about emission factor for the indigenous agro-ecosystems in North East India for mitigation purposes, which will help in the formulation of incentives for the communities. It also equips forest managers with information for accounting the changes in carbon storage due to deforestation and jhum cultivation.