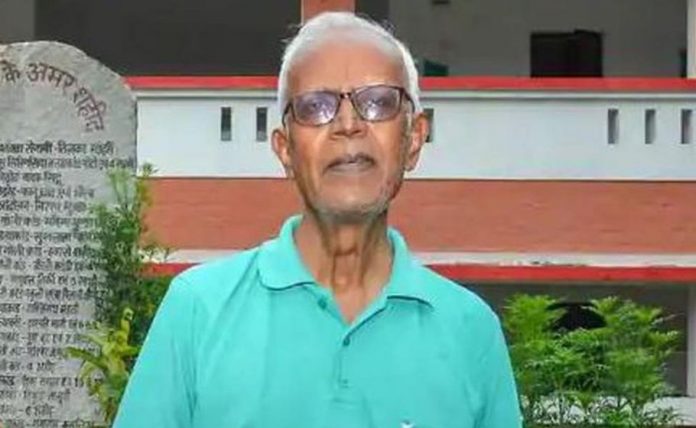 The petition of Stan Swamy, tribal rights activist and jesuit priest booked under UAPA, for medical bail and bail on merits was listed for hearing in the Bombay High Court on July 2.

The prosecutors of the National Investigating Agency (NIA) were eager to take him back to Taloja Prison in Mumbai, saying that he could get medical treatment there. The court, not medical professionals, was asked to decide where and for how long Stan Swamy should be treated. Mercifully, the court allowed his treatment at a private hospital.

The NIA did not appeal in the Supreme Court against that part of the decision. The case was adjourned to July 2. But there was no guarantee that Stan Swamy might get afflicted by COVID-19 and eventually die. The lawyers moved an urgent hearing petition on July 5 at the Bombay HC and it was taken up at 2.30pm by a division bench of Justice SS Shinde and Justice NJ Jamadar “out of turn”.

Beginning the hearing, the bench said, “We have received precipice, we will hear it tomorrow [Tuesday] and keep it first on board for hearing. We want in a sealed envelope his medical report from the hospital.” Senior counsel Mihir Desai urged the HC to hear Dr Ian D’Souza, medical director of the Holy Family Hospital. D’Souza told the court: “Swamy was declared dead at 1.24pm today. Cause of death is definitely pulmonary infection and Parkinson’s disease, among others. There were post-COVID effects on his lungs.”

The coronavirus performed its duty perfectly. Stan Swamy breathed his last much before the NIA completed its investigation and the high court decided on his bail application. Justice Shinde said: “With all humility at our command, we really are shocked by hearing this news. Therefore, last hearings we immediately allowed him to remain in hospital of his choice. We have no words to express.”

Not just the justice – the justice system, the Constitution, the NIA and its lawyers could not find words to express themselves.

Also read: How terror law was abused against 4 youngsters in Assam

This proves that ultimately we – the citizens, the jailers, the police, the judges, the ministers, the MPs, the doctors – are all mere mortals. An average man cannot understand the due process of law or nuances of the justice system. But he can certainly make out that the judicial courts and prison officers refused to allow a straw sipper for Stan Swamy, who could not hold a glass of water without shaking because he was suffering from Parkinson’s disease. Did any anti-terror law empowered the authorities to deny this basic need to an accused? Or have we lost all values of humanity at every level, including the judiciary?

The cruelty of the prison officials and courts was evident when they deferred or questioned or delayed the plea for a straw-sip for Stan Swamy. Courts continuously rejected bail applications or adjourned hearings or were waiting for medical reports in sealed cover. Stan Swamy appeared before the court through a video conferencing facility and explained how his health had deteriorated in prison. That was not enough for medical bail. But Varavarao Rao, activist poet and writer, made his case on the same grounds, and he got bail.

Earlier the courts were either silent or ignored Stan’s plea for a sipper, as the NIA opposed it. On what grounds? We do not know. Perhaps they also do not know. Can it be that a sipper in the hands of a patient suffering from Parkinson’s disease was seen as a threat to national security? Scores of sippers sent by Stan’s friends and relatives were disallowed by prison authorities.

On October 9, 2020, it was submitted to the special court in Mumbai that Stan Swamy could not even sign the vakalatnama, as his hands were shaking and he could not hold a pen. On that occasion the court was kind enough to allow him to affix his thumb impression on the document. Stan Swamy was then sent to judicial custody straight away because the NIA did not seek his custodial interrogation. This meant there was no need for his custody. A mandate that he should be available for every inquiry or prosecution should have been enough. When his lawyers asked the court to release him on medical bail on humanitarian grounds, the NIA protested that there was no such provision in the UAPA and the court agreed.

Law That Did Not Provide for a Sipper

Was there was any precedence of a petitioner seeking a straw-sipper? On November 6, Stan Swamy’s lawyer had petitioned to the court seeking a plastic straw as his medical condition was such that he could not even drink water without it. His counsel said that, when Stan Swamy was arrested in Ranchi, he had packed a bag that included clothes, a steel sipper and a few straw sippers to help him drink fluid. The prayer was for return of the straw and sipper. The NIA denied that it had seized any item belonging to Stan. The court relied on the NIA’s version and rejected the request for a sipper.

Subsequently National Platform for the Rights of the Disabled petitioned the NHRC saying, “At the time of his arrest, Father Stan was carrying a bag with a straw and sipper, but this was seized by the NIA. The NIA refused to hand them over and jail authorities too refused to provide him these inexpensive but essential assistive items. He has trouble eating because of tremors. He is unable to take a bath, bring water or wash clothes. Father Stan also has serious hearing problem and needs hearing aid for both ears.”

Also read: Prosecuting journalists in the name of false news will stifle dissent

The right to assistive products, accessible services, barrier-free environment, and reasonable accommodations is mandated by the Rights of Persons with Disabilities Act 2016 (RPWD Act) and there is a legally binding provision under the United Nations Convention on the Rights of Persons with Disabilities that India ratified in 2006. Father Stan has been denied the use of a sipper and a straw despite his condition. He also needed a walker or a wheelchair as he had fallen multiple times in prison.

Muralidharan Vishwanath, general secretary, National Platform for the Rights of the Disabled, had said that it is obligatory that Stan Swamy be provided with requisite age- and disability-appropriate accommodations, assistive aids including straws and sippers as also human care assistance as required. “We beseech you to ensure compliance of rights of prisoners with disabilities as also providing them with reasonable accommodations as mandated by international conventions,” he had said.

The court did not direct jail authorities to provide a sipper to Swamy at the first instance. It said a fresh application could be made to provide him with the items as per jail manual. It was unlikely that the manual had any such provision unless there was precedence of a patient suffering from Parkinson’s disease imprisoned in the jail. When a fresh application was moved, the NIA sought 20 days on November 6, 2020, to file a reply and the court agreed. Only after widespread national outcry a sipper was provided to Stan on November 29.

Stan Swamy had no protection against COVID infection in the overcrowded Taloja Jail. During the pandemic the government is expected to decongest the jails. Those charged under UAPA were not given the exemption, which is not only breach of Article 14 but also of the Article that guarantees right to life. The government cannot say that undertrials charged in Bhima Koregaon-Elgar Parishad case can suffer or die in a congested jail due to Covid, while others have right to live out of jail. Exception to right to life can be deprived only by procedure established by law.