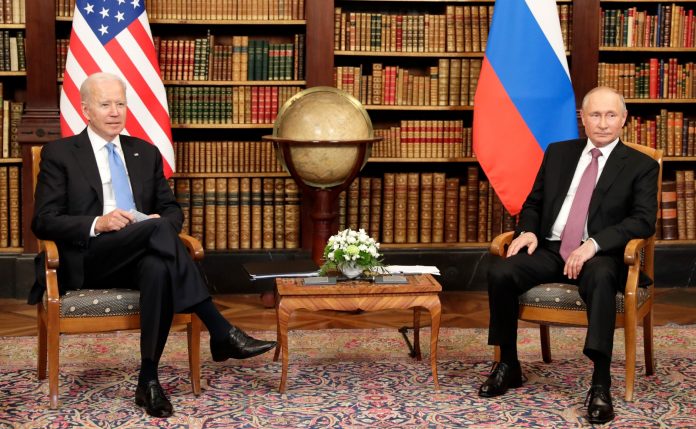 Given the past few years’ acrimony between the US and Russia, no one expected that one meeting between Joseph Biden and Vladimir Putin in Geneva was going to put relations back on track. But the fact that the two leaders variously described their four-hour conversation as “constructive” and “positive” should itself be seen as a meaningful start; and one of the major takeaways from the summit was the decision to return American and Russian ambassadors to their respective posts.

The list of grievances on both sides was simply too long for both leaders to address in such a short span of time. Biden went to Geneva with a litany of charges – alleged Russian collusion with rogue cyber hackers who have started hurting the American economy; meddling in American elections and domestic politics; human rights issues; bounties on American troops in Afghanistan, to mention a few. Putin too had grievances, all of which could be summarised by a tendency on the part of Washington to blame Moscow for anything and everything that goes wrong in the world.

Putin has seen five American presidents since 1999, starting with Bill Clinton, and his relationship with every one of them has for the most part been professional, with little personal touch. US leaders for their part have described the Russian leader in various terms: for instance prior to becoming president, George W Bush referred to him as a “cold dude”, but changed his mind after their first summit in Slovenia in June 2001, calling him straightforward and trustworthy. “I looked the man in the eye. I found him to be very straightforward and trustworthy and we had a very good dialogue. I was able to get a sense of his soul,” he said. Biden not only thought that Putin had no soul, but also characterised him as a “killer”.

President Ronald Reagan was once supposedly reminded of a Russian proverb, ‘Trust But Verify’, by a historian of the Soviet Union. He used this line repeatedly when negotiating the 1987 International Nuclear Forces Agreement. And the story goes that when Mikhail Gorbachev told Reagan that it was annoying to hear the proverb frequently, Reagan’s retort was, “I like it.” Biden’s mantra seems to be: Verify and Trust. Or as the president put it at his press conference in Geneva: “This is not about trust. This is about self interest, and verification of self interest.”

But to a shouted question if the Russian leader could be trusted, Biden gave a nod that was taken to mean affirmatively, a perception that the White House differed with. “During a chaotic free-for-all with members of the press shouting questions over each other, the president gave a general nod in the direction of the media. He wasn’t responding to any question or anything other than the chaos,” White House Press Secretary Jen Pasaki said in a statement. Not wanting to elevate the status of Putin, American officials did not want a customary press interaction with the two leaders; and a decision was also taken for the two leaders to not have a meal together.

Biden may have characterised the summit as positive, but he also pointedly said it was not a “kumbaya moment”. The meeting appears to have gone according to script. “I told President Putin that we need to have some basic rules of the road that we can all abide by… there’s a mutual interest for us to cooperate for our people — the Russian and American people — but also for the benefit of the world,” Biden said. Putin called the meeting a “fundamental one”; that while the two nations have “divergent” positions on some issues both sides were determined “to understand each other and try and converge our positions”.

Also read: US keen on getting Iran to sign nuclear deal with ‘add-ons’

Even at the height of the Cold War, Moscow and Washington had left lines of communication open, realising that any eyeball-to-eyeball confrontation cannot and should not be allowed to spiral out of control. But the shrill rhetoric of the last four months, which even seemed to echo in Geneva, seems to have subsided, but the specifics of what the leaders discussed is unlikely to be open source material. Officially Russia has repeatedly denied that it is behind any cyber attack. Responding to the Colonial Pipeline incident, Biden had said: “So far there is no evidence from our intelligence people that Russia is involved although there is evidence that the actor’s ransomware is in Russia, they have some responsibility to deal with this.”

Putin is also up in arms over the constant hectoring on human rights issues and has been asking the US to set its own house in order, in the process pointing to the brutal killing of George Floyd, Black Lives Matter and the storming of Capitol Hill on January 6. “America just recently had very severe events, well known events after the killing of an African American. An entire movement developed, known as Black Lives Matter. What we saw was disorder, disruption, violations of the law, etc. We feel sympathy for the United States of America, but we don’t want that to happen on our territory and we’ll do our utmost in order to not allow it to happen,” he said. Biden brushed aside Putin’s reference to the Black Lives Matter movement and January 6 riots as ridiculous. “It’s one thing for literally criminals to break through a cordon, go into the Capitol, kill a police officer and be held unaccountable, than it is for people objectively marching on the capitol and saying, ‘You are not allowing me to speak freely,’” Biden maintained.

With differing perceptions on global matters, the US and Russia cannot be expected to resolve all contentious issues between them, whether they have to do with cyber attacks, nuclear arms control, human rights or Syria. In the interest of the two countries and for the benefit of the world, Biden and Putin have taken a bold first step. The challenge before them now is to make sure they do not take two steps back.

Formerly a senior journalist in Washington, DC covering North America and the United Nations, the author is currently a Professor of Journalism and Mass Communication at the College of Science and Humanities, SRM Institute of Science and Technology, Chennai.