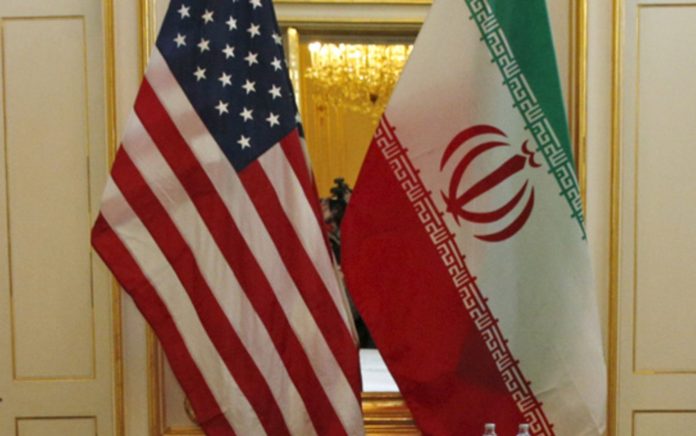 Tehran is not in favour of any expansion of terms in the nuclear deal and wants all sanctions to be lifted. Washington has made it clear that punitive measures pertaining to nuclear issue will be removed, but hundreds of other sanctions would stay.

COVID pandemic and climate change will not be the only topics of discussion when the leaders of the Group of Seven (G-7) get together at Carbis Bay in Cornwall, United Kingdom on Friday (June 11).

A raft of issues is on the agenda as US President Joseph Biden makes his debut as one of the leaders of the world’s “rich countries”. In the midst of all the formal and informal chats, the G-7 leaders will think about two things — the sixth round of talks between Iran and the major powers set to start this weekend in Vienna and Biden’s first summit with Russian President Vladimir Putin in Geneva on June 16.

“I know that the negotiation will start again over this coming weekend. I think there’s been a lot of progress made, but out of my own experience, until the last detail is nailed down, and I mean nailed down, we will not know if we have an agreement,” said Wendy Sherman, the American Deputy Secretary of State at a virtual event organized by the German Marshall Fund.

European nations were appalled by the Donald Trump administration’s decision to walk out of the US-Iran nuclear deal in 2018. They had argued with Washington that Iran was in compliance with the accord. Trump had then said that the 2015 deal, put together by President Barack Obama, was too soft on Tehran as he went on to re-impose punitive measures.

The regime in Iran responded to the American abrogation by breaching its own nuclear limits by 2019. Now, there are fresh doubts cast by the International Atomic Energy Agency (IAEA) whether Tehran is indeed on the threshold of developing a nuclear weapon, a contention that the United States and some key players in Europe are not keen on taking on in full earnest in the hope of a breakthrough. The Director General of the IAEA, Rafael Grossi, has maintained that Iran is not providing answers to questions after they found four nuclear particles at four undeclared sites. Grossi informed the IAEA Board recently: “The lack of progress in clarifying the agency’s questions concerning the correctness and completeness of Iran’s safeguard declarations seriously affects the ability of the IAEA to provide assurance of the peaceful nature of Iran’s nuclear programme.”

Without a doubt the Biden administration wants Iran back on the deal with the prescribed limits. The US President would very much like to have a deal out of the way prior to the Iranian presidential elections of June 18 where hardliners are seen to be having an upper hand. Though all seven presidential candidates have said that they are in favour of a nuclear deal, there is some apprehension in Washington about the deal. Political and media analysts have pointed out that when it comes to foreign policy and nuclear issues, the views of the Supreme Leader Ayatollah Ali Khamenei matter the most.

Also read: An uncertain future for Afghanistan as curtain comes down on US presence

The problem for the United States may not be which hardliner takes over from a so-called moderate Hassan Rouhani after the Presidential election. Washington is thinking of “add ons” to the nuclear deal — Iran’s missile programs and its regional policies. Tehran, however, has made it very clear that it is not in favour of any expansion of terms and that it wants all sanctions to be lifted. US Secretary of State Antony Blinken has made it clear that even if Iran returns to compliance on a nuclear deal, only the punitive measures pertaining to nuclear issue will be removed; hundreds of others slapped for supposed aggressive behaviour will stay. “I would anticipate that even in the event of a return to compliance with the Joint Comprehensive Plan of Action (JCPOA), hundreds of sanctions will remain in place, including those imposed by the Trump administration. If they are not inconsistent with the JCPOA, they (sanctions) will remain unless and until Iran’s behaviour changes,” Blinken told a Senate panel.

The Joint Comprehensive Plan of Action (JCPOA) is the agreement reached by Iran and the Permanent Five-Plus One (USA, UK, France, Russia, China and Germany) as a part of the nuclear deal that was endorsed by the United Nations Security Council.

There is no doubt that US allies in the Middle East and the Arab World are concerned about the moves of Iran, especially as it pertains to low-cost proxy wars that are being waged in the area. The Saudis, for instance, are watching apprehensively the attacks on oil stations and refineries happening on their land which have Iran’s handwriting all over it. Likewise, major players in the Middle East and the United States are also concerned about Tehran’s involvement with the Hamas and Hezbollah. But the question is whether regional issues and so-called behaviour can be formally tagged to a nuclear deal, worse still holding all of them hostage to the lifting of economic sanctions.

The nuclear deal may not have a great impact on the outcome of Iran’s Presidential election, but the crippling sanctions undoubtedly have a tremendous impact on the economy that is of major concern in Iran domestically, especially as it pertains to revenue from increased oil sales. The Biden administration has made it clear that a clean quid pro quo is not on the table as far as the nuclear deal is concerned. Further, President Biden’s concerns don’t just start with a so-called hardliner coming out victorious after Iran’s June 18 elections; he has to worry about hardliners from the Republican Party in the United States Senate who want an expansion in the JCPOA. Not just Republicans, Democratic Chairman of the Senate Foreign Relations Committee, Bob Menendez, and several other Democrats would also like to see the JCPOA re-written to include missiles and proxy wars.

A former senior journalist in Washington covering North America and United Nations, the writer is currently a Professor of Journalism and Mass Communication in the College of Science and Humanities at SRM Institute of Science and Technology, Chennai.