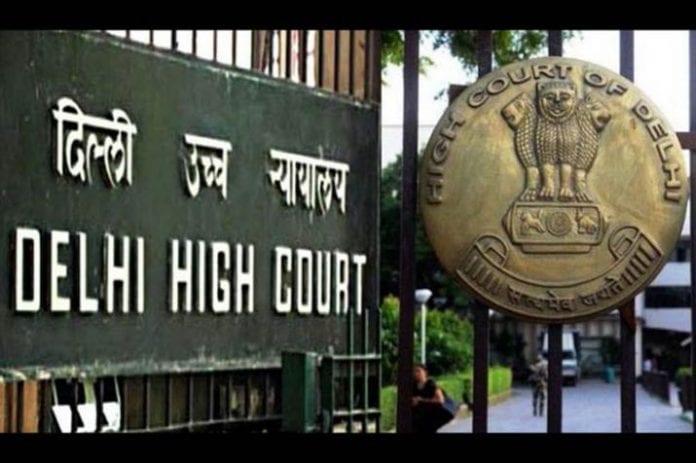 The Delhi High Court said Chief Minister Arvind Kejriwal should decide on a policy to fulfil his promise made to migrant workers in the capital at last year’s press conference.

We say law is a social contract.  Electing a leader is also a contract between the voters and their representatives. People accept the political leader’s offer to serve them, keeping his promises. Their acceptance is indicated by exercising their voting choice in favour of the contestant. Though not formal in a legal sense, it is a contract.

The elected person has a moral obligation to fulfil the promises he made to obtain votes. The question is whether it is also a legal obligation. A decent decision of the Delhi High Court appears to be a step in that direction.

Justice Pratibha M Singh of the Delhi High Court invoked well-established doctrines of legitimate expectation and promissory estoppel to question the non-implementation of a policy-promise by Delhi Chief Minister Arvind Kejriwal to provide the ‘rent amount’ of migrant labourers, which they had failed to pay due to the pandemic.

Justice Singh began her judgment with a profound statement – “The saying `Promises are meant to be broken’ is well known in the social context. However, law has evolved the doctrines of legitimate expectation and promissory estoppel to ensure that promises made by the government, its officials and other authorities are not broken and are, in fact, judicially enforceable, subject to certain conditions.”

The doctrine of legitimate expectation is a ground of judicial review in administrative law to protect a procedural or substantive interest when a public authority rescinds from a promise made to the people. It is based on the principles of natural justice and fairness, and seeks to prevent authorities from abusing power.

Another significant doctrine is promissory estoppel. This makes a promise enforceable by law, even if made without formal consideration, when such promise was relied upon to the subsequent detriment of the promisee.  Promissory estoppel is intended to stop the promisor from arguing that an underlying promise should not be legally upheld or enforced.

The estoppel is an established legal principle that prevents people and businesses from going back on their word or promise. An evolved principle of the promissory estoppel helps the injured parties recover damages on promises made that have led to economic loss when breached.

After examining the promise-like declaration of the Delhi Chief Minister at a press conference on March 29, 2020, the Delhi High Court concluded that such public assurances, even in the absence of a formal policy, create a ‘valuable and legal right’ for the petitioners based on the promissory estoppel doctrine.

On July 22 this year, the court directed Kejriwal to decide on a policy to fulfil his promise made to migrant workers at last year’s press conference. The workers had approached the court seeking enforcement of the Delhi government’s promise to pay their rent to landlords. The CM had also requested all the landlords to postpone rent collection.

Justice Singh said: “…the promise/assurance/representation given by the CM clearly amounts to an enforceable promise, the implementation of which ought to be considered by the government. Good governance requires that promises made to citizens, by those who govern, are not broken, without valid and justifiable reasons.”

The judge emphasised that announcements made in a press conference, in the backdrop of the pandemic, lockdown, and migrant crisis, cannot be overlooked. “The assurance given by the CM has to be considered by the government and a decision has to be taken whether to implement or not implement the same,” she said.

The petitioner’s advocate Gaurav Jain pointed out that the Right to Shelter falls under the category of Fundamental Rights and the Delhi government is bound by its declared promise. He pointed out that the trust reposed on the CM by the citizens will be completely breached if the said promise is not kept.

Giving a very balanced order, the Delhi High Court pointed out that heads of State are expected to make reasonable and responsible assurances to people in times of crisis.  She said: “On behalf of the citizens, there would obviously be a reasonable expectation, that an assurance or a promise made by a senior Constitutional functionary, no less than the CM himself, would be given effect to. It cannot be reasonably said that no tenant or landlord would have believed the CM.”

It was not the absence of a positive decision but the lack of decision making, which was contrary to the law of the land, she added. It was concluded: “Once the CM had made a solemn assurance, there was a duty cast on the GNCTD (Government of National Capital Territory of Delhi) to take a stand as to whether to enforce the said promise or not and, if so, on what grounds or on the basis of what reasons…The statements made by persons in power are trusted by the public who repose faith and believe in the same.”

No puffery in politics

Advertising puffery is advertising or promotional material that makes broad exaggerated or boastful statements about a product or service that are subjective (or a matter of opinion), rather than objective (something that is measurable), and that which no reasonable person would presume to be literally true.

Puffery does not create any express warranty or guarantee for the consumer. In commerce, puffery advertisement is tolerated to some extent, where some exaggeration is permitted.  The court said that “puffing”, which may be permissible in commercial advertising, ought not to be recognisable and permissible in governance.

However, the court did not direct the Delhi government to pay the rent immediately but gave six weeks’ time to consider whether what it promised could be translated into a policy which might result in payment of rent as promised.

Road ahead for Delhi government

The Delhi government would, having regard to the statement made by the CM on March 29, 2020, to the landlords and tenants, take a decision as to the implementation of the same within a period of six weeks, it said.

The said decision would be taken, bearing in mind the larger interest of the persons to whom the benefits were intended to be extended in the said statement, as also any overriding public interest concerns, it added. Upon the said decision being taken, the Delhi government would frame a clear policy in this regard.

Once a decision is taken, if a scheme or policy is announced, the petitioners’ case be considered under the said scheme/policy as per the procedure prescribed therein, if any. Remedies against any decision taken are left open, said the court.

This judgment sends across a strong message to political parties not to make empty announcements and to take the promises made to people seriously.  With this judgment, and the points of law laid down, it is difficult for political rulers to ignore their policy statements, which are in the form of promises.