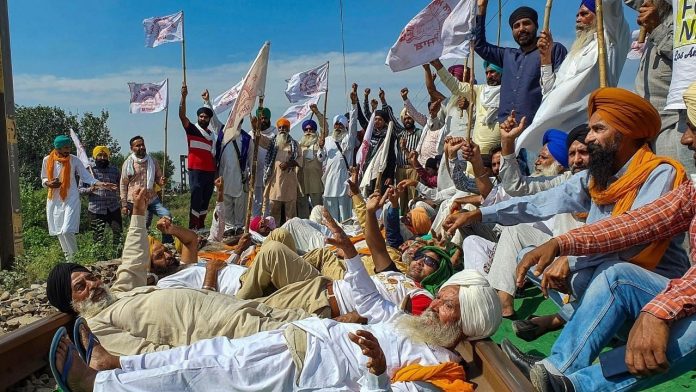 The bad and sad part of the entire one year is martyrdom of 700 farmers during this struggle, climaxed with the murders at Lakhimpuri Kheri being the worst

November 26 is the day the Farmers’ Agitation at Delhi borders against the Centre’s three controversial farm laws in India would have completed one year. The farmers had announced their determination to intensify the protests. But before they could do that, the Centre announced that it would repeal the laws.

Around 358 days ago, on November 26, 2020, farmers gathered at the borders of the national capital protesting the contentious laws and launched the agitation. Now they have lauded the withdrawal of the laws as a “historic victory of the one-year-long farmers’ struggle in India”.

Whether out of fear of the upcoming elections in Punjab and Uttar Pradesh or for any other reason, the Centre’s decision is a right step that facilitates the celebration of the Constitution Day as democratic victory of a yearlong protest. Article 19(1)(a) has saved the farmers and democracy.

The farmers are happy but all democracy lovers should welcome this pleasant decision of the Union government. Democracy survives if people question and continue to challenge wrong policies. The laws that were passed in the name of farmers, but rejected by them, will be no more.

What farmers did not want

In what can be called a very shrewd electorally strategic move, Prime Minister Narendra Damodardas Modi announced that The Farmers Produce Trade and Commerce (Promotion and Facilitation) Act, 2020, The Essential Commodities (Amendment) Act, 2020 and Farmers (Empowerment and Protection) Agreement on Price Assurance and Farm Services Act, 2020, will be cancelled in the coming session of Parliament.

In fact, these laws are not in operation although technically they became enactments after the President assented to them. But the Supreme Court stayed their operation in January 2021. Farmers were apprehensive of the interim stay and the possibility of the resurrection of the laws until the SC invalidated them on merits. These anti-federal laws of the Union now will be officially taken out of statute books.

Farmers from Haryana, Punjab and some parts of Uttar Pradesh had camped at Delhi borders for almost a year now. Even after the ‘stay’ by the Supreme Court, the farmer unions hadn’t stepped back from protest sites like Singhu, Tikri and Ghazipur at the Delhi border.

The Centre had held 11 rounds of formal dialogues with the farmers but did not budge even an inch and maintained that the new laws are pro-farmer. The protesters knew that the farmers would be left at the mercy of corporates.

The PM also apologised. That is surely a good gesture, but qualified it by saying: “I apologise if some farmers did not understand what we wanted to do through the farm laws.”

He reiterated that the three farm laws were brought in specially to support small farmers so that they get more options and better price for their produce.

“Every farmer in the country and kisan organisations welcomed the farm laws. I thank all of them today… Our intent was pure. But we could not convince some farmers. We tried our best to explain these laws to the farmers. We spoke, we discussed and we tried to convince them. The government was ready to rework these laws. A lot has happened in two years.”

But a section of farmers continued opposing even when the government tried to educate and inform them. “We tried our best to explain to farmers. We were even ready to modify the laws, suspend them too. The matter reached the Supreme Court as well. One lakh crore has been given to farmers as compensation. Bima and pension too have been provided. There has been direct benefit transfer as well for the farmers.”

Victory a tribute to martyrs

Welcoming the Prime Minister’s announcement to repeal the farm laws, farmers’ leaders said: “This victory is a tribute to the martyrs of this movement. Their sacrifices energised this movement. Between two Constitution days, the difference is that 700 farmers lost their lives, which could have been saved had there been no such laws.”

Surely, the saddest part of this one-year agitation is the martyrdom of 700 farmers, with the murders at Lakhimpur Kheri being the worst.

Also read: When did the BJP decide to repeal the ‘black laws’? Here’s a clue

Who will bear this loss arising out of three black laws that will never see the light of the day? For coronavirus deaths, the Supreme Court compelled the Centre and states with the mandate of paying each family of a Covid-19 deceased ₹50,000 as ex-gratia.

Why not an equal compensation for each farmer’s death?

Recently the Supreme Court (on Nov 17, 2021) appointed Justice Rakesh Kumar Jain, former judge of Punjab and Haryana High Court, to monitor the investigation in the Lakhimpur Kheri violence on October 3 wherein 8 persons were killed, including 4 farmers, who were mowed down by the vehicles in the convoy of Ashish Mishra, the son of Union Minister and BJP MP Ajay Kumar Mishra.

The bench had expressed dissatisfaction with many aspects of the probe by the Uttar Pradesh Police — dissatisfied with the lack of seriousness, disappointed that the forensic lab reports regarding the video evidence have not yet come and that the mobile phones of all accused have not been seized.

The ‘accused’ was not arrested until the SC goaded the UP police to act.

The bench had also expressed concerns about the case being diluted by clubbing the investigation with the counter-case of mob lynching.

Justice needs to be served in this case which was the high point of the farmers’ protest.

Moreover, it is essential for the Centre to complete the process of reversal of farmer laws by giving the families of victims a substantial ex-gratia and win the hearts of farmers, and by that, of course, the votes in UP and Punjab. That, truly, would be a celebration of democracy.