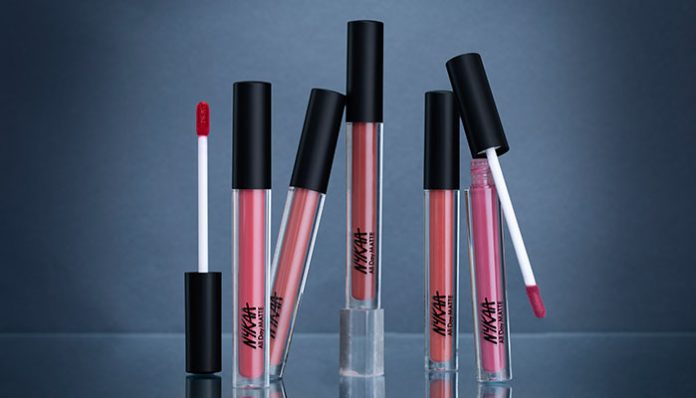 What Nykaa is offering to do, and Reliance Power did, is cynical use of share premium for atonement of their avarice. Image: Nykaa

That the IPO regime in India beckons start-ups as well as those who want to line their pockets without much sweat is fairly well-known. With the dismantling of the Controller of Capital Issues (CCI) regime in 1991, the SEBI (Securities and Exchange Board of India), in an aura of liberalisation, has been permitting free pricing of IPOs as long as they are made under the 100 per cent book building route, in which Qualified Institutional Buyers (QIBs) call the shots through the process of bidding.

In its wake, aggressive pricing has been the norm, with merchant bankers taking an egregiously positive view of the fortunes of the company.

Indeed, in their worldview, accumulated losses are only a harbinger of the cornucopia of profits, especially for tech companies aided by the generous price at which venture capitalists and angels of the world have subscribed in the past.

The pied pipers of an IPO

The public must willy-nilly follow the price discovered by the QIBs, who are the pied pipers, so to speak, in an IPO. So much so that the public has been dangerously and callously cast in the role of venture capitalists, the equity investors who court risks in the anticipation of profits.

SEBI has singularly been guilty of not bluntly telling start-ups to seek further capital from venture capitalists until they have a track record of profits and dividends. That, indeed, is the only way to raise equity from the public for companies not interested in 100 per cent book building.

There is a view that one must get a bitter taste of his own medicine to make one behave. Why not ask merchant bankers to mandatorily subscribe to a specified percentage of the IPO and stay put for a long enough time?

In other words, unless a person has a skin in the game, he is likely to be blasé about his job. In the world of investment bankers, it is de rigueur for a big client to ask the banker to simultaneously invest with him in the avenues suggested by the banker. That makes the banker serious and not cast the client to wolves.

Nykaa has parallel and precedence

Nykaa, which made a public issue, has been having the mortification of seeing its quotation slide below the IPO price of ₹1,125, especially in anticipation of anchor investors dumping their holdings after the mandatory lock-in period of six months. To the company’s credit, it must be conceded that it has shown contrition for selling its ₹10 shares at a mind-boggling premium of ₹1,115 by offering to return a part of the excessive premium by allotting five bonus shares for each share held.

Also read: Byju’s is too big to be let to fail; it needs a rejig to remain relevant

Strictly speaking, it is not a return of excess premium in cash but dividing it among six shares, as against the one allotted, so that the average cost of one share comes down five-fold.

Nykaa obviously has taken a leaf out of the book of Reliance Power Ltd, which, in 2008, issued 3-for-5 bonus shares to cheer shareholders after a miserable debut following a record $3 billion initial public offer. So, while there is a parallel and precedence for the Nykaa bonus issue out of share premium collected on IPO, the quantum of bonus shares is astounding and projects the penance by its promoters in a seemingly magnanimous light.

It is as if they are telling the public, “Hey, we were guilty of taking you for a ride but, what the heck, we are ready to atone for our sin.”

Time for government, SEBI to act

The IPO platform does not exist in India in a standalone isolation but invariably shares honours and spoils with the offer for sale (OFS) regime. OFS is a clear-cut case of conflict of interest — promoters and venture capitalists unload a substantial part of their holdings to the public by riding piggyback on IPO. So, they have a vested interest in getting as high a valuation as possible for the IPO.

Indeed, the fungible character of shares on offer, be they from the IPO pool or the OFS, is of little interest to the gullible public. But the powers that be must forthwith dismantle this patently licentious regime in favour of the promoters. They must be made to unload their holdings in the bourses once the listing is completed. The market, indeed, is the best source of price discovery and not the orchestrated one discovered through the book building process.

Also read: Techies may have grouses, but moonlighting can never be kosher

The government and SEBI are guilty of allowing the problem of aggressive pricing of IPOs to fester. It is time they ushered in roots and branches reforms lest the primary market comes to be perceived as riskier than the secondary one, thus turning the conventional wisdom on its head.

To the bemused retail investor salivating at the prospect of listing gains, IPOs flatter to deceive by and large. Reliance Power’s and Nykaa’s post-haste bonus issues, however, cannot be the template for IPO reforms.

Come to think of it, 5:1 bonus, though appearing prodigious, smacks of double take. In any case, profitable companies issue bonus shares out of accumulated profits to tell the shareholders that the company would use the cash thus conserved (cash would have been expended had the shareholders been rewarded with cash dividend) to plough them back into the business. It is a statement of confidence regarding growth opportunities of the company.

(The writer is a CA by qualification, and writes on business, consumer issues and fiscal laws.)